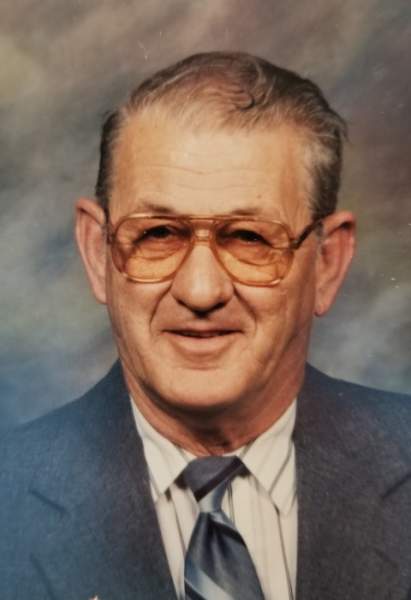 Joe was the owner of Kendrick Garage in Mendon for almost 50 years. He was a member of the First Congregational Church of Mendon, The Eagles Club, American Legion and the VFW. He enjoyed woodworking, traveling, redoing and selling bicycles and going to and having yard sales.

Services will be 11:00 A.M. on Tuesday, April 17, 2018 in the Hunter Funeral Home in Mendon with Pastor Larry Smith officiating. Interment will be in the Mendon Cemetery in Mendon. Visitation will be from 10:00 A.M until the time of services on Tuesday in the Hunter Funeral Home in Mendon.  Memorial contributions have been suggested to the Blessing Cancer Center or the First Congregational Church of Mendon. You are invited to share memories of Joe and leave condolences at www.hunterfuneralhomes.com

To order memorial trees or send flowers to the family in memory of Joseph "Joe" Kendrick, please visit our flower store.