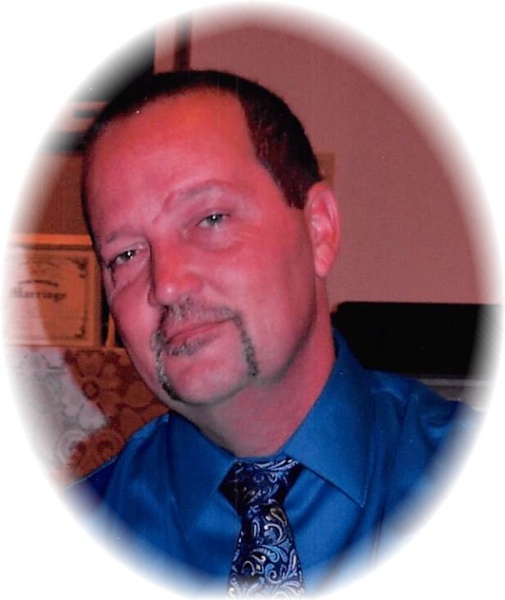 Larry was born on September 22, 1963 in Belgium, Germany the son of Larry G. Akers, Sr. and Monique (Dedonder) Sanders. He married Mary Sue Fritschle on September 25, 2010 at the Christian Church in Camp Point. His wife Mary survives.

Larry was a Licensed Practical Nurse and the owner of Area Drug and Alcohol Testing. He enjoyed camping, watching movies, gardening, crocheting, going out to eat, cooking, grilling, his motorcycle,4-wheeler and especially loved his children, grandchildren and his beloved dog Tass

He was preceded in death by his father.

A memorial visitation will be from 3:00 P.M. until 5:00 P.M. on Monday, December 16, 2019 in the Hunter Funeral Home in Golden. Memorial contributions have been suggested to the American Diabetes Association. You are invited to share memories of Larry and leave condolences at www.hunterfuneralhomes.com

To order memorial trees or send flowers to the family in memory of Larry Akers, Jr., please visit our flower store.