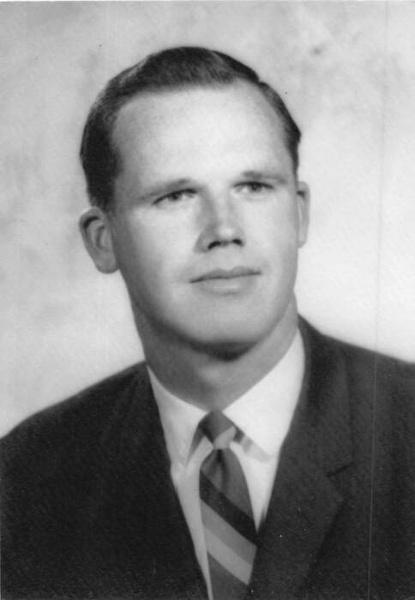 Larry Roe Turner, 80, of Conroe, Texas, formerly of Lewistown, Missouri and Ursa, Illinois, passed away while at his home on January 15, 2021.

Larry was born on January 31, 1940, at the family farm home in rural Ursa, Illinois.  He was the son of Paul and Gladys (Hanstein) Turner.  He graduated from Lewistown High School in 1959.

Larry enlisted in the United States Marine Corps in 1961 and served his country for four years.  He was stationed in Camp Pendleton, California.  During the Vietnam War, he was based on a ship off of the coast of Okinawa, Japan.

After his service in the Marine Corps, Larry returned to Cedar Rapids, Iowa, where he was employed by Quaker Oats.  After several years at Quaker Oats, he moved to Houston, Texas, to study under Colonel Bob Thieme at Berachah Church.  While in Houston, he started his own business, Magic Touch Cleaning Service.  After retiring from the cleaning business, he worked in private security.

Larry enjoyed browsing at all the local yard sales and flea markets.  Auto mechanics was one of his favorite hobbies, especially when working on his own vehicles.  The true passion of his life was studying the Bible and sharing with others as the Lord provided opportunities.  He was currently involved in the R. B Thieme, Jr. Bible Ministry Study Group.

Larry was preceded in death by his parents and his brothers Melvin Turner and Fred Turner both of Quincy.

Larry will be missed greatly by his sister Linda (Turner) Keating of Alexis, Illinois, sisters-in law Betty Turner and Mary Turner who both reside in Quincy, as well as numerous nieces and nephews.

Private Family Services will be held at the Hunter Funeral Home in Mendon.  Interment will follow in Mendon Cemetery, with military rites by Bear Creek American Legion # 823.  You are invited to share your memories of Larry and leave condolences at www.hunerfh.com.

To order memorial trees or send flowers to the family in memory of Larry Turner, please visit our flower store.