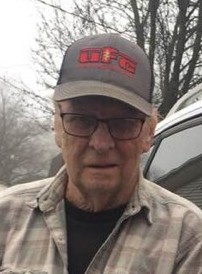 Doc was a lifelong construction worker by trade. He enjoyed meeting with his friends for breakfast and having their daily “conversation”. He made many trips around town keeping up on construction sites and the news. He was well known, full of stories and loved by all.

He was preceded in death by his parents, three brothers, Edwin, Virgil and Eugene Wittler and one sister, Dorothy Sapp.

Services will be 3:00 P.M. on Friday, January 17, 2020 in the Hunter Funeral Home in Mendon with Reverend Ronald Graham officiating. He will be laid to rest in the Mendon Cemetery in Mendon. Visitation will be from 1:00 P.M. until the time of services in the Hunter Funeral Home on Friday, January 17, 2020. Memorial contributions have been suggested to the Quincy Humane Society.

To order memorial trees or send flowers to the family in memory of Larry Wittler, please visit our flower store.