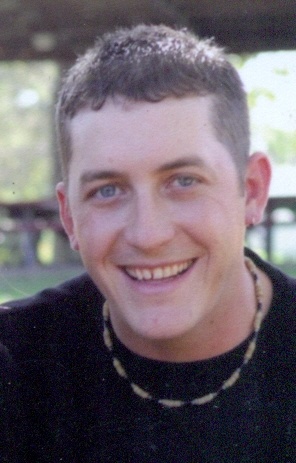 He was a graduate of Unity High School with the Class of 2001. He worked at Brown Truck Repair and Towing Inc. as a diesel and propane mechanic, tow truck driver, and as a vehicle inspector for the Illinois Department of Transportation.

Lennie was one of a kind. Whenever he did relax, he loved being on the river or being in his shop.  Lennie had a great sense of humor and was up for all kinds of shenanigans.

Lennie will not only be missed by his family, but his friends and at least one neighbor.  Lennie was a self-motivated individual and was always working on something. He was not afraid to go against the status quo. When Lennie was told it could not be done, his focus would turn to proving you wrong.

He is survived by his children, Hunter Brown of Mendon, Kenna Tatman of Monmouth, two furry children, Razor and Molly; his mother, Christine Brown; a sister Terrie (Terry) Fryrear of Loraine and her children William Fryrear, Elijah D. Fryrear, Lillian M. Fryrear; a brother Russ G. Brown all of Loraine, his grandmothers Shirley Scott of Payson and Lois Straube of East Hazelcrest, IL, and two nephews and niece, uncle Mike Brown of Quincy, aunt Sandy Burnett of Richton Park, IL and his girlfriend Alyssa Crow and her children Luke and Collin Crow all of Mendon.   He was preceded in death by his father, his grandparents Ray Brown, Glenna Brown, Norman Scott and Jack Straube, and two uncles Douglas G. Brown and Terry Straube.

To order memorial trees or send flowers to the family in memory of Lennie Brown, please visit our flower store.