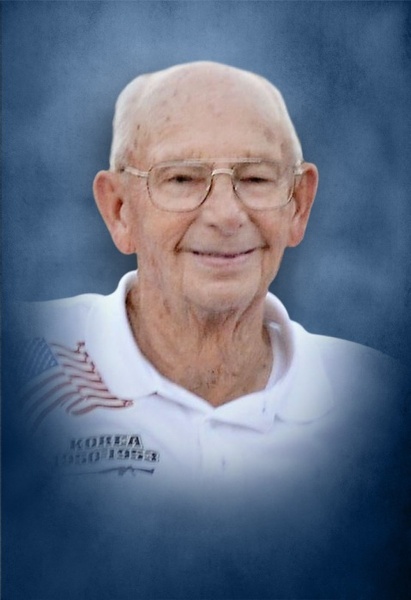 He was born on February 11, 1928, in Browning, Illinois, the son of Kenneth and Leoma (Dresher) Robertson.  He married JoAnn Urban on October 10, 1953, at St. Rose of Lima Catholic Church in Rushville.

A graduate of Rushville High School, he served in the United States Army during the Korean Conflict.  He was held as a prisoner of war for over 27 months.  After his discharge from the military, he bought a farm in Browning and raised hogs.  He worked as a truck driver for Robertson Block Company in Frederick.  He later was a sales representative for Ralston Purina for 18 years, retiring in 1983 as a District Manager.  He and his wife operated Robertson Photography from 1983 to 1998.

Les was a member of the Schuyler American Legion Post #4, in Rushville.  He enjoyed fishing. He and his wife enjoyed riding motorcycles, in all 48 continental United States and 3 providences of Canada.

To order memorial trees or send flowers to the family in memory of Lester E. "Bud" Robertson, please visit our flower store.