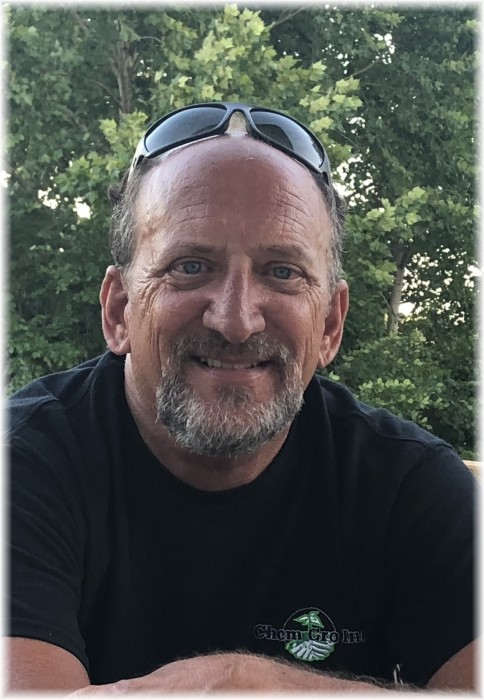 He graduated from Unity High School in 1973.   Lew married Teri on March 24, 2001. they just celebrated their 19th Wedding Anniversary.

He is survived by his wife Teri, his daughter Kearstin of Atalissa, IA., his brother Rich (Jeanie) of Durham, MO, his sister Chris Svejda (Mike) of Quincy, IL, and his sister Debbie Thome (Jim) of O’Fallon, MO.  He was preceded in death by his mother and his father.

Lew was a dedicated husband, father and employee.  Lew worked for Ursa Farmers Co-Op for over 42 years. He never met a farmer he didn’t like and made everyone his friend.  Even before he worked for the Co-op he worked for his dad at the Co-op while he was in high school, driving a feed truck probably before he had a drivers license, (can we say that)?  Like many people, Lew had a chance to take a different career path and started working at Chem Gro in December of 2015.  He met many new lifelong friends there and had many great times with them.  He also loved to mow which was his second gig, he often saw it as his “downtime” and again every customer was a friend and he would do anything to help any of them.  Everyone who knew Lew knew he loved to build and work on rebuilding Jeeps.  He always had a pristine one to drive and we believe enough parts and pieces in his shop to possibly build a couple more.

We all miss him terribly already and can’t imagine this life without him.  But we know we will see him again and he will be waiting with his beautiful smile and a hug.

Due to the current health situation and under the direction of the CDC, local health authorities and the State of Illinois there will be no visitation at this time. A Private family service will be held with interment in New Loraine Cemetery in Loraine. A larger celebration of Lew’s life is being planned for a later date.

The family would appreciate your thoughts and prayers during this time and know that if you could you would be with them as they celebrate the life of Lew.

In lieu of flowers, donations can be made to the Blessing Hospital Intensive Care Unit Fund in Lew’s honor, in support of the compassionate care he was shown during his stay.

You are encouraged to leave condolences and words of comfort at www.hunterfuneralhomes.com

To order memorial trees or send flowers to the family in memory of Lewis Sill, please visit our flower store.