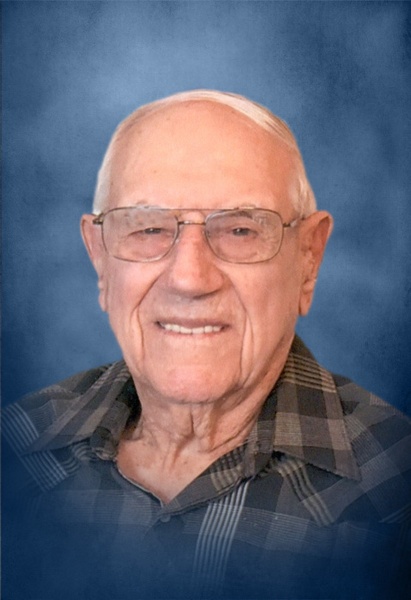 He was born on January 27, 1923, in Camden Township, Schuyler County, Illinois. He was the eldest son of Homer L. and Lola Frieda (Taylor) Hale.  He married Florence Evelyn McClelland on December 20, 1941. She preceded him in death in 2013.

He was a Rushville High School Class of 1941 graduate, a charter member of the local FFA chapter, member of the Rushville First Christian Church (Disciples of Christ) and a lifelong farmer. Lloyd was an avid NASCAR fan and enjoyed watching Western movies and had his own quick draw moves. He enjoyed target practice with his grandkids well into his 90s. His beloved cat, Big Boy, provided him great companionship later in life.

To order memorial trees or send flowers to the family in memory of Lloyd Hale, please visit our flower store.