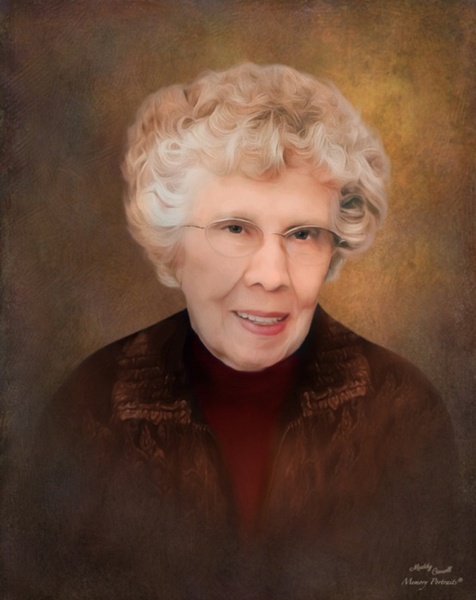 She was born on July 17, 1929, at home, near Golden, the daughter of the late Arch Sr. and Emilie (Weyen) Tenhaeff. Lois graduated from Golden High School in 1946 and married Walter Albers on March 21, 1948. Together they had three daughters; Connie, Bonnie, and Elizabeth Jane. Walter preceded her in death on June 30, 1984.  Lois worked at the Golden Good Shepherd Home; 7 years in food service and for 25 years as the nursing home’s administrator. During her tenure as an administrator there were several additions made to the home, including a medical clinic as well as cottages for retirement living.

Lois was a member of the Immanuel Lutheran Church in Golden.  She later married Robert “Bob” Croxton on September 22, 1996, and they enjoyed traveling all over the United States but made Quincy, Illinois their home.  Both Bob and Lois worked as volunteers at Blessing Hospital.  Together they attended Vermont Street Methodist Church where Lois was very active in Mary Martha Circle Sunday School and Sisters, she often helped with Views at the church.  Bob preceded her in death on January 29, 2009.

In addition to her parents, and her spouses, Lois was preceded in death by three daughters, Connie Albers, Bonnie Hopkins, and Elizabeth Jane Macdonald, two brothers, Arch Tenhaeff Jr.  and Wayne Tenhaeff, and by sister; Catherine Thomas.

Memorial Services honoring Lois’s life will be conducted at 2:00pm on Saturday, October 29, 2022, at the Immanuel Lutheran Church of Golden.  Pastors Jeff Courson and Ron Graham will officiate. Private family inurnment will be held at Golden Memorial Garden Cemetery. The Triplett Funeral Home in Golden has been entrusted with the care and arrangements. Memorial contributions in memory of Lois are suggested to the Golden Good Shepherd Home or to Immanuel Lutheran Church of Golden. You are invited to share your memories of Lois and leave a condolence at www.triplettfuneralhomes.com

To order memorial trees or send flowers to the family in memory of Lois Croxton, please visit our flower store.