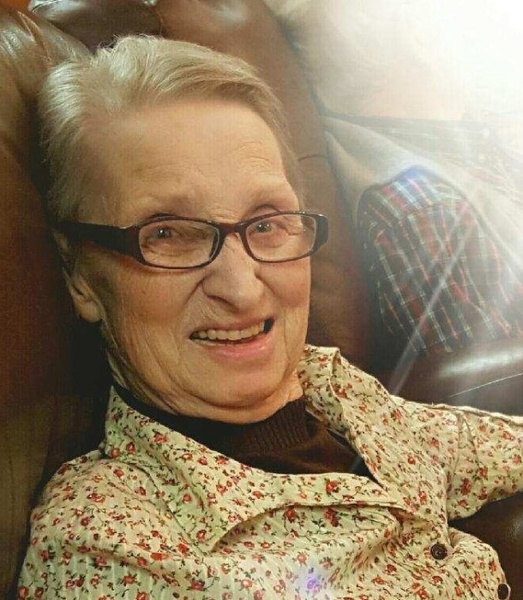 Lois Irene Lung Rittenhouse, 79, of Adair, passed away at 1:13 PM, Tuesday, December 13, 2016, at the Prairie City Rehab and Health Care Center in Prairie City, surrounded by her loving family.

She was born on November 25, 1937, in Schuyler County, the daughter of Everett Arlo and Verna (Walker) Lung.  She was married to Clyde Eugene Rittenhouse.

Lois worked at McGraw Edison in Macomb as the first female lead pourer.  From 1980 to 2000, she worked at Webster Plastics, later Zeta until it closed.  She was also a greeter at Wal-Mart.  She was a member of a bowling league for many years.  She attended Calvary Baptist Church. She enjoyed feeding birds, taking care of her cats and dogs, crossword puzzles, country western music, and watching Christian shows.  She held a special place in her heart for her grandchildren and great grandchildren.

Memorial Services will be at 10:00 AM, Friday, December 16, 2016, at the Wood Funeral Home in Rushville, with Pastor David Hughes officiating.  Interment will be at a later date in the Rushville City Cemetery.  Memorials are suggested to Prairie City Rehab and Health Care Center in Prairie City.

To order memorial trees or send flowers to the family in memory of Lois Rittenhouse, please visit our flower store.