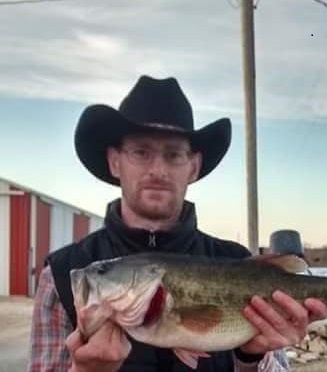 He was born on April 7, 1980, in Pittsfield, Illinois, the son of Lonnie Ray and Wendy Holly (DeCamp) Robbins.  He married his soulmate Ashley Sprinkle on July 22, 2017, at their home and she survives.

Lonnie Attended Lewistown High School.  He had a love for farm work and animals.

He was an avid fisherman, he enjoyed the outdoors and treasured time with his family and friends. He had a knack for fixing things and enjoyed cars and farm equipment.  He became especially attached to his wife’s Grandpa and loved spending time with him. In his spare time he enjoyed visiting with his dad, family, friends and the companionship of his dog Gena. He had many lifelong friends that will miss him dearly. He will be lovingly remembered by all who knew and loved him.

Graveside services will be at 11:00 AM, Saturday, September 8, 2018, at St. John’s Lutheran Cemetery on Chandlerville Road in Beardstown, with Steve Hoover officiating.  Visitation will be for 5:00 PM to 7:00 PM, Friday, September 7, 2018, at the Wood Funeral Home in Rushville.  Memorials are suggested to his wife Ashley.

To order memorial trees or send flowers to the family in memory of Lonnie Robbins II, please visit our flower store.