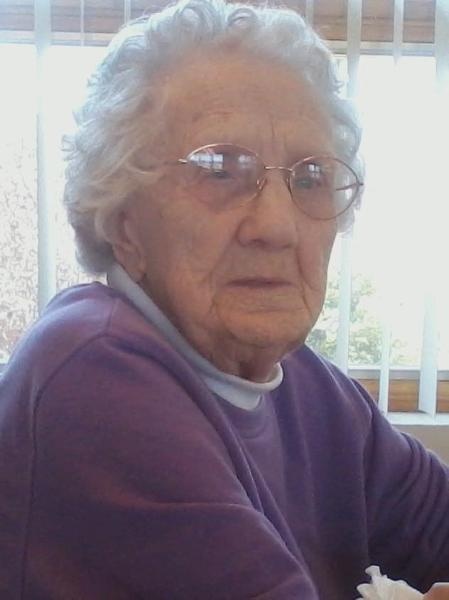 Lorena C. Tomlinson, 94, of Rushville, passed away at 6:35 PM, Sunday, April 17, 2016, at Culbertson Memorial Hospital in Rushville, surrounded by her family.

She was born on January 2, 1922, in Brown County, Illinois, the daughter of the late James Frederick and Beulah Olive (Bowman) Bedenbender.  She married Albert Tomlinson on March 22, 1941, in Palmyra, Missouri.  He preceded her in death on October 8, 1959.

She was a member of the United Methodist faith and the Schuyler American Legion Post # 4 Auxiliary.  She loved sewing, embroidery, and needlepoint.  She made each of her grandchildren a quilt.  Lorena enjoyed driving and being on the go.  She was fondly referred to by her family as either “Granny Crash” or “Granny with a broom”.

Memorial Services will be at 7:00 PM, Wednesday, April 20, 2016, at the Wood Funeral Home in Rushville, with David Haney officiating.  Visitation will be from 5:00 PM until 7:00 PM Wednesday, at the Wood Funeral Home.  Interment will be at 11:00 AM Thursday, April 21, 2016, at the Palm Cemetery, west of Rushville.  Memorials are suggested to the Culbertson Memorial Hospital Foundation or the Rushville Nursing and Rehabilitation Center in Rushville.

To order memorial trees or send flowers to the family in memory of Lorena Tomlinson, please visit our flower store.