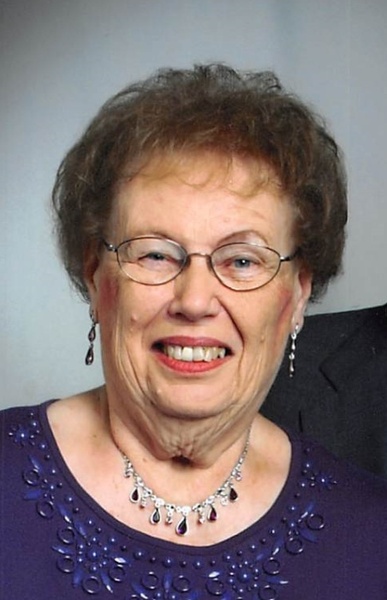 She was born on September 14, 1935, the daughter of Truman and Neva (Smith) Nagel at the family home in Sutter.  She married Hewitt Erke on October 21, 1962, at Bethlehem United Church of Christ in Sutter.  He survives.

Loretta was a 1953 graduate of Hamilton High School.  She received her Bachelors Degree in Home Economics from the University of Illinois in 1957.  She worked as a Home Advisor with the University of Illinois Home Extension in Mercer and Adams Counties from 1957 to 1968.  From 1981 to 1999, she worked as the assistant manager of JoAnn Fabrics in Quincy.

She was a woman of deep Christian faith and was a member of the Ellington Presbyterian Church, where she served as the treasurer and organist until the Fall of 2016.  She was also a member of the Volunteer Voices.  She served as a member and served as the President of PTA, while her children attended Greenfield Elementary and Mendon Unity High School.  She was a church organist for many different churches including Trinity United Church of Christ, for over 60 years. She was an accomplished seamstress, who enjoyed cross-stitch, puzzles, singing, and anything crafty. Her greatest joy was attending her grandchildren’s activities.

To order memorial trees or send flowers to the family in memory of Loretta Erke, please visit our flower store.