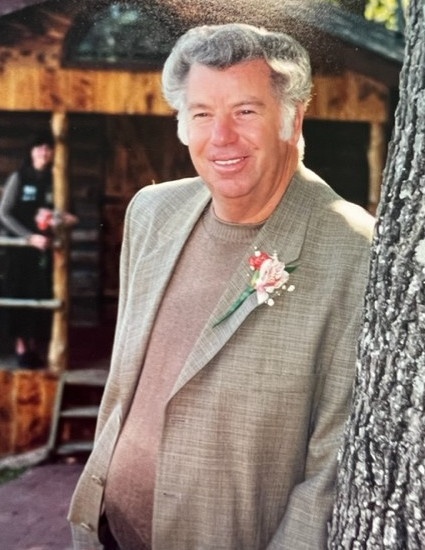 Lyle Kent Gooding, age 75, of Mendon, Illinois, passed away Wednesday, June 22, 2022, in Mendon, Adams County, Illinois.  He was born on October 5, 1946, in Quincy, Illinois, the son of Kenneth and Pauline (Henrichs) Gooding.  He married Jolane (Greulich) Creelman on October 7, 2000, in Branson, Missouri.  She survives in Mendon.

He was preceded in death by his parents and three sisters:  Joyce Bunting, Pat Barr, and Lucy Gerhardt.  His four-legged baby, Sami Sue, also preceded him in death.

Lyle graduated from Mendon High School in Mendon, Illinois, graduating in 1965.  He served in the United States Air Force, honorably discharged due to an accident in April of 1966.

Lyle was known for his efficient, industrious, and diligent work ethic.  He had been employed in various positions in high school and continued working tirelessly throughout his life.  He was a self-employed “jack-of-all-trades”, excelling in electrical work, plumbing, roofing, and as a general contractor.  He was never without a job or a project.  He bought and sold antique tractors and cars throughout the United States, traveling with his travel buddy, Sami Sue, to all coasts and the Canadian border.  More recently, Lyle began restoring three-wheelers.  Lyle was a quiet man who was well liked throughout the community and was known to lend a helping hand to those in need.  Every Sunday for 25 years, Lyle volunteered at Adams County Jail, sharing his faith and the word of the Lord.  He received many letters from inmates and former inmates, thanking him for his help.  His church home was Madison Park Christian Church in Quincy, Illinois.

Visitation will be held Thursday, June 30, 2022, between 9:00 and 10:00 AM at Triplett Funeral Homes in Mendon, Illinois.  A Memorial Service will be held at 10:00 AM at the funeral home with Pastor Keith Ehresman officiating.  Burial will follow immediately at Franklin Cemetery, rural Marcelline, Illinois, with full military honors.  Family and friends are invited to Madison Park Christian Church, Quincy, for a luncheon following the interment.

Memorials have been established in memory of Lyle Kent Gooding, in care of Jolane Gooding.  Family and friends are invited to share memories and leave condolences at www.triplettfuneralhomes.com.

To order memorial trees or send flowers to the family in memory of Lyle Gooding, please visit our flower store.