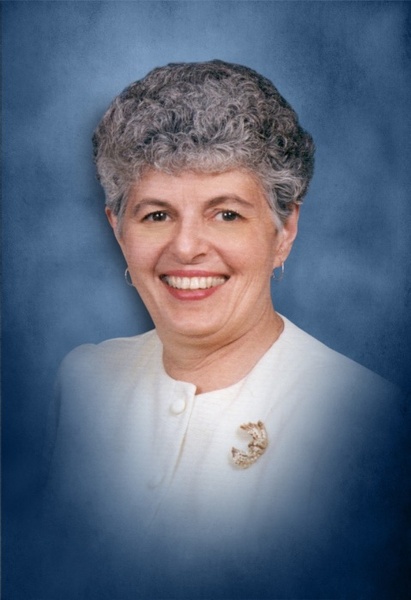 Madelyn Rose “Lynn” Kettering, 84, of Rushville, passed away at 6:28 AM, Friday, April 26, 2019, at the Rushville Nursing and Rehabilitation Center in Rushville.

After her marriage, she and Douglas lived in Norfolk, Virginia, where she worked as a bookkeeper at Risotto Marine and Colonial Finance.  In 1957, she and Douglas moved to Rushville.  Doug brought Lynn to the family farm with hopes of converting her to a farm wife.  She brought with her a New York City accent, high fashion and heels-turning heads in Schuyler County.  She adapted to country life, applying her business savvy to run the farm with Doug, but her fancy hats, lipstick and heels endured.

She was a member of the First United Methodist Church in Rushville, where she sang in the choir and played bells.  She was also a member of the Schuyler Home Extension Home Makers and the Twilight Square Dancing Club.  She was a volunteer with the Brownies, Girl Scouts, Boy Scouts and at Culbertson Memorial Hospital.  She enjoyed gardening, sewing, knitting, crocheting, embroidery, playing the piano and cooking.  She was a card shark and was a champion Som-R-Set player.  She and Douglas enjoyed traveling, especially to Hawaii and Spain.  They would spend winters in Wauchula, Florida.

Visitation will be from 5:00 PM to 7:00 PM, Tuesday, April 30, 2019, at the Wood Funeral Home in Rushville.  Following the visitation, services will be held with David Haney officiating.  Private interment will be in the Boling Cemetery, east of Rushville.  Memorials are suggest to the RIHS Music Boosters or the Culbertson Memorial Hospital Foundation.

To order memorial trees or send flowers to the family in memory of Madelyn "Lynn" Kettering, please visit our flower store.