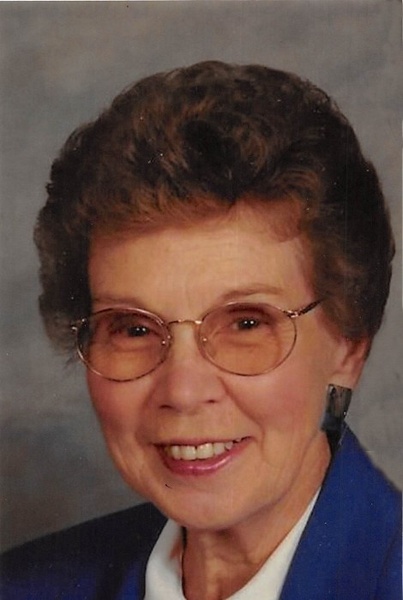 Marie was the daughter of the late Louis F. and Josephine (Meissen) Frese.  She was born December 29, 1927, attended St. John’s Catholic Grade School, and graduated from Quincy High School in 1945.  She married Daniel H. Gramke on March 31, 1948 at St. John’s Catholic Church in Quincy.

Marie worked at Motorola for many years and was later employed as a tailor for Forbes Clothiers. She was known for her talents as a seamstress and did alterations in her home for many years.  She was also a gifted quilter and created beautiful quilts for her daughters and grandchildren as well as for church and community organizations.  Marie served her community through volunteer work at St. Joseph’s Catholic Church, where she was known for her homemade noodles, hand-sewn doll clothes and crafts of all kinds. She was a member of the Altar Society at St. Joseph’s and was also involved in Paloma Home Extension and Coatsburg Lioness clubs.  She loved playing cards and belonged to a ladies’ card club for over two decades.

Marie loved to cook and bake and took pride in serving delicious homemade goodies to her family which included her well-known Butter Bright pastries.  She also enjoyed gardening and bowling.

Marie’s strong faith, family values, and sense of humor are gifts that she passed on to her family and friends and that they will always treasure.

The family would like to thank the staff of Bickford Assisted Living for their 7 years of loving, compassionate care and Blessing Hospice, whose guidance and support was helpful beyond words.

A Mass of Christian Burial will be 10:00 A.M on Monday, September 19, 2016 in St. Joseph Catholic Church, rural route1 in Quincy with Father Jeff Stone officiating. Interment will be in Calvary Cemetery in Quincy.

In lieu of flowers memorial contributions have been suggested to St. Joseph’s Catholic Church, Alzheimer’s Association or Blessing Hospice.

The Hunter Funeral Home in Mendon has been entrusted with the arrangements.

To order memorial trees or send flowers to the family in memory of Marie Gramke, please visit our flower store.