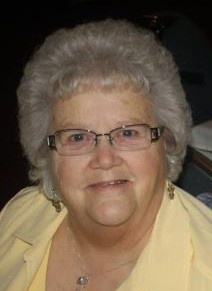 Marilyn Jean Bruns, 76, of the Golden Good Shepherd Nursing Home, formerly of rural Golden, went to be with her Lord, on Sunday, July 24, 2016.

Marilyn was baptized on August 2nd 1940 at South Prairie Church in Clayton, by Reverend JR Westphal. She was confirmed at Our Redeemer Lutheran Church in Quincy on May 24th, 1953 by Reverend EJ Otto.

Her confirmation verse was Genesis 15:1, “After this, the word of the Lord came to Abram in a vision: Do not be afraid, Abram. I am your shield, your very great reward.”

Marilyn was a faithful member of Holy Cross Lutheran Church, where she taught Sunday School for many years. She was also a member of LWML and the choir.

Marilyn was a 1958 graduate of Central High School. In her early years, Marilyn helped Raymond with farming. She retired from the Golden Good Shepherd Home in 2009 after 30 plus years. She started as a CNA and retired as the activities director.

Marilyn’s family would like to thank the Golden Good Shepherd Nursing Home for the loving care they provided to Marilyn during her stay. Marilyn felt as though they were an extension of her family and they are truly a blessing to our community.

Services will be 10:00 A.M. on Thursday, July 28, 2016 in the Holy Cross Lutheran Church in Golden with Reverend Mike Grieve officiating. Interment will be in the Golden Community Cemetery in Golden. Visitation will be from 5:00 P.M. until 7:00 P.M. on Wednesday, July 27, 2016 in the Hunter Funeral Home in Golden. Memorial contributions have been suggested to the Holy Cross Lutheran Church, Golden Good Shepherd Home or Blessing Foundation for Hospice. You are invited to share memories and leave condolences at www.hunterfuneralhomes.com.

To order memorial trees or send flowers to the family in memory of Marilyn Bruns, please visit our flower store.