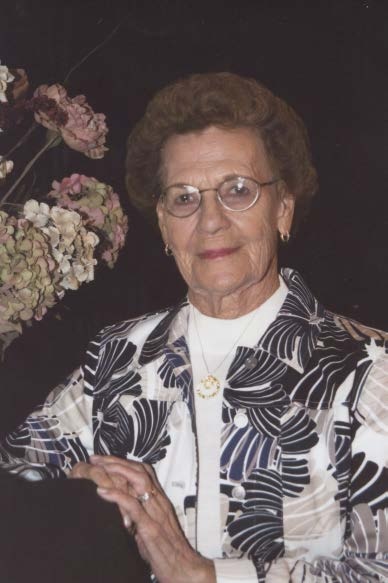 Mary Rose Eicken, 91, of Chandler, Arizona, formerly of Golden and Quincy, Illinois, passed away Tuesday, July 11, 2017 at her home in The Villages of Ocotillo.

Mary was born May 10, 1926, on a farm near Timewell, Illinois, a daughter of Elmon “Bill” and Florence “Rose” (Hultz) Bowen.  She married Dale Eicken on July 23, 1944.  He preceded her in death on March 29, 2012.  Also preceding her in death were three brothers Glen, Homer and Bobby Bowen and one sister Doris Bowen Miles.

Mary was a 1944 graduate of Golden High School and a confirmed member of Trinity Lutheran Church in Golden for many years.  She was currently a member of St. Matthew United Methodist Church in Mesa, Arizona.

In 1950, Mary & Dale opened Eicken Implement Company in Golden, where she worked for several years before becoming a “stay at home” mom.  She always wanted to be a nurse, so in the late 70's, she took and passed the course to serve as an Adams County volunteer EMT.

Mary was a member of Chandler Elks Lodge #2429 for 12 years, where she served as Chaplain from 2011 through 2016.  The Lodge members were her extended family in Arizona. For many years, Mary enjoyed league bowling and she was an avid golfer, scoring her first (of three!) Hole-in-One at San Marcos Golf Course in Arizona.

Memorial contributions may be made to St. Matthew United Methodist Church in Mesa, Arizona, Chandler Elks Lodge #2429 Memorial Fund, Hospice of the Valley, Golden Good Shepherd Home or donor's choice.  You are invited to share memories and leave condolences at www.hunterfh.com.

To order memorial trees or send flowers to the family in memory of Mary Eicken, please visit our flower store.