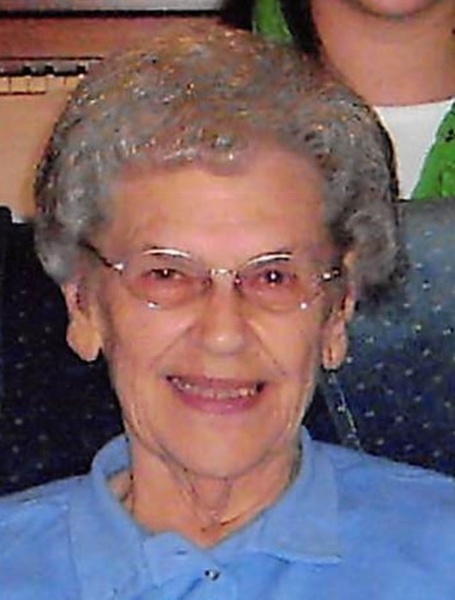 Mary Ella Parker, 91, of rural Ursa passed away on Wednesday, July 20, 2016 in the North Adams Home in Mendon.

Mary was born on May 24, 1925 in Lima Township. She was the daughter of the late Emil and Ella (Baecker) Henerhoff. She married Rollie Ernest Parker on November 18, 1950 in the Zion United Church of Christ in Ursa. Rollie passed away on March 15, 1989.

She was preceded in death by two brothers, Louis and Carl Henerhoff.

Mary attended Fawbush Grade School then attended Lima High School for three years before graduating from Mendon Township High School. She was a cook at Greenfield Elementary for many years and was a member of Zion United Church of Christ in Ursa, where she was active in the Women’s Fellowship. She was a lifetime member of the PTA and enjoyed crocheting, embroidering, gardening and birdwatching.

To order memorial trees or send flowers to the family in memory of Mary Parker, please visit our flower store.