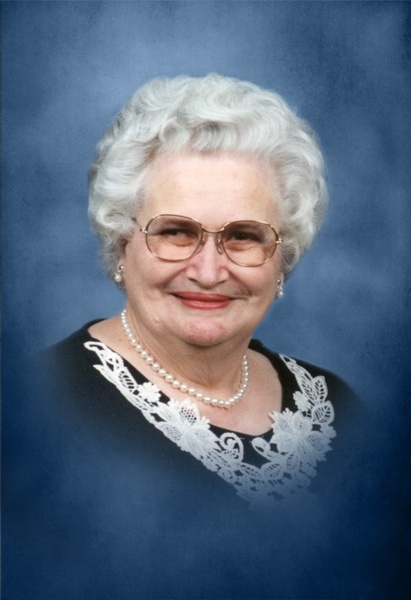 Mary Ellen Ward, 89, of Rushville, passed away at 2:35 AM, Wednesday, April 19, 2017, at the Rushville Nursing and Rehabilitation Center in Rushville.

She was born on December 12, 1927, in Troy, Alabama, the oldest child of Roy Benjamin and Frances Oree (McCurley) Conner.  She married Albert Merle Ward on September 22, 1945, by Pastor William Bush of the South Side Baptist Church in Troy, Alabama.  He preceded her in death on December 16, 2014.

Mary first worked at The L & H Drive-In, The Cozy Corner, and was the manager of the Maid Rite.  She worked for 22 years at Culbertson Memorial Hospital, as Food Service Manager and Supervisor of the Dietary Department retiring in December 1985. She and Albert also operated Mary’s Ceramics from their home from 1982 to 2000.              .

She was a member of the First United Methodist Church, where she volunteered for many activities, Wesley Ann Circle, and the Schuyler American Legion Auxiliary Post #4 in Rushville.  She was also a member of the American Diabetes Association, where she served as Central Illinois District President and won the 100% Presidents Award.  She was very proud of this accomplishment.  She served as a Room Mother at school along with being Cub Scout Leader for 9 years.

She enjoyed gardening and working on her family genealogy.  She loved people and most of all her family.

Services will be at 11:30 AM, Saturday, April 22, 2017, at the Wood Funeral Home in Rushville, with Reverend Grant Armstrong officiating.  Interment will follow in the Rushville City Cemetery.  Visitation will be from 10:30 AM to 11:30 AM, Saturday, at the Wood Funeral Home.  Memorials are suggested to the First United Methodist Church, Culbertson Memorial Hospital Foundation.

To order memorial trees or send flowers to the family in memory of Mary Ward, please visit our flower store.