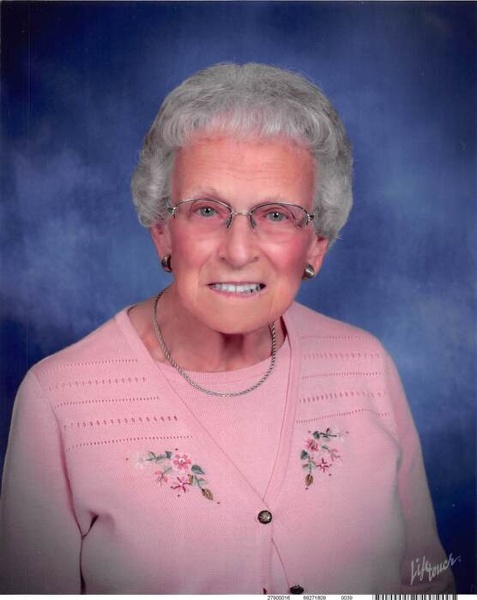 (Pearl) Maxine Sargent, 98, of Rushville, passed away at 7:00 AM, Tuesday, June 23, 2020, at Rushville Nursing and Rehabilitation Center in Rushville.

In addition to her husband, she was preceded in death by sons Lelin Sargent of Rushville (2014) and Leslie Sargent of Stillwater, OK (2017), and daughter Doris Vancil of Bushnell (2016), two sisters Vivian Ruth Vaughn and Shirley Ralston, and three brothers, Sterling and Willard Vaughn and an infant.

Maxine was active in her community.  She was a past president of Schuyler-Brown Extension, a past president of Rushville Federation of Women, a Retired Senior Volunteer member for 23 years, a CMH auxiliary member and juice cart volunteer for 43 years.  She was a member of the First United Methodist Church in Rushville since 1941. She made and sent her dried and pressed flower cards as an outreach ministry of the church for many years.  For the past four years, she was a resident at Culbertson Gardens later Country Gardens in Rushville, where she made many new friends, and kept her independence. She was a mom, grandma, great grandma, sister, friend, phone talker, traveler, seamstress, gardener, Som-R-Set card player, White Oak neighbor, chef, bird watcher, family historian, and a farm wife at heart.  Her family was most important to her and will cherish many fond memories.

Graveside services will be held at 11:00 AM, Friday, June 26, 2020, at the Rushville City Cemetery, with Pastor Stacy Tomich officiating.  Interment will follow.  A video recording of the service will be posted on the funeral home website following the service. Friends are invited to visit Wood Funeral Home in Rushville to sign the register book and leave memorial contributions to either Culbertson Memorial Hospital Foundation or the First United Methodist Church in Rushville.

To order memorial trees or send flowers to the family in memory of Maxine Sargent, please visit our flower store.