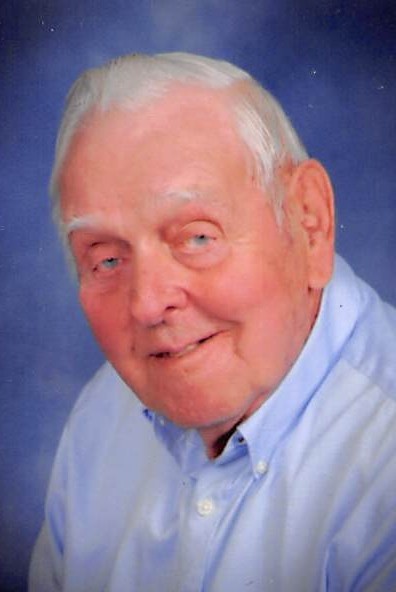 Melvin K. Ihnen, 85, of Clayton passed away on Wednesday, May 29, 2019 at the Golden Good Shepherd Home in Golden.

Melvin was born on February 16, 1934 in Rural Adams County to the late Klaus G. and Alice J. (Leenerts) Ihnen. He married Marlene J. Behrens on September 20, 1959 at Trinity Lutheran Church in Golden. Marlene passed away on April 15, 2014..

Melvin served his Country in the United States Army 3rd Infantry referred to as “The Old Guard”. He was assigned to the Arlington National Cemetery Burial Detail. He was a member of Trinity Lutheran Church, where he sang in the choir and was a member of the Men’s club. Melvin was also a member of the Pork Producers, Adams County Farm Bureau, Golden Lions Club, School Board, Golden Historical Society and was on the Marigold festival committee. He was very community Oriented and never knew a stranger. His life was his farm and his family, especially his grandchildren.

He was preceded in death; two brothers, Irvin and Edward Ihnen.

Services will be 10:00 A.M. on Tuesday, June 4, 2019 at Trinity Lutheran Church in Golden with Reverend Patricia Reep officiating. Interment will be in the Golden Community Cemetery in Golden with Military rites by the Golden American Legion Post #801 and the Illinois Army National Guard Funeral Honors Detail. Visitation will be from 4:00 P.M.  until 7:00 P.M. on Monday, June 3, 2019 at the Hunter Funeral Home in Golden. Memorial contributions have been suggested to the Golden Historical Society, Blessing Foundation for Hospice, Golden Good Shepherd Home, or Trinity Lutheran Church. You are invited to share memories of Melvin and leave condolences at www.hunterfuneralhomes.com.

To order memorial trees or send flowers to the family in memory of Melvin Ihnen, please visit our flower store.