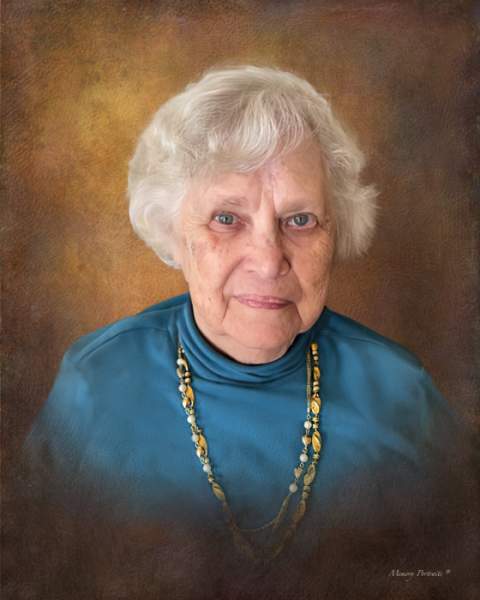 Minnie Marie Haschemeyer, 90, of Camp Point died Tuesday, Sept. 6, 2022, at Blessing Hospital in Quincy.  She was born Feb. 20, 1932, near Clayton, the daughter of Clifford and Alice Marie (Vollbracht) Kindhart. She married Irvin Haschemeyer on April 27, 1952, at Trinity Lutheran Church in Golden. He preceded her in death Feb. 22, 2014.

Minnie graduated from Clayton High School. She and her husband farmed for many years in the Golden and Clayton areas. Minnie had worked as a nurse’s aid at Timber Point Healthcare Center, Quincy, and then at Golden Good Shepherd Home. She later was a caregiver for several family members.

She was a preceded in death by one brother, Harry “Gene” Kindhart, and several sisters-in-law and brothers-in-law.

Minnie was a member of Trinity Lutheran Church in Golden and was passionate about her faith. She enjoyed music, playing the piano, reading, and spending time with her family.

Services will be held at 11:00 a.m. Monday, Sept. 12, at Trinity Lutheran Church in Golden with Rev. Tom Graves officiating. Visitation will be one hour prior to services from 10:00-11:00 a.m. at the church.  Burial will immediately follow the service at Golden Memorial Gardens.

Memorials may be made to Trinity Lutheran Church or to the Golden Good Shepherd Home Window Fund.

Friends and family are invited to share memories and leave condolences at www.triplettfuneralhomes.com.

Triplett Funeral Home in Golden assisting the family with arrangements.

To order memorial trees or send flowers to the family in memory of Minnie Haschemeyer, please visit our flower store.