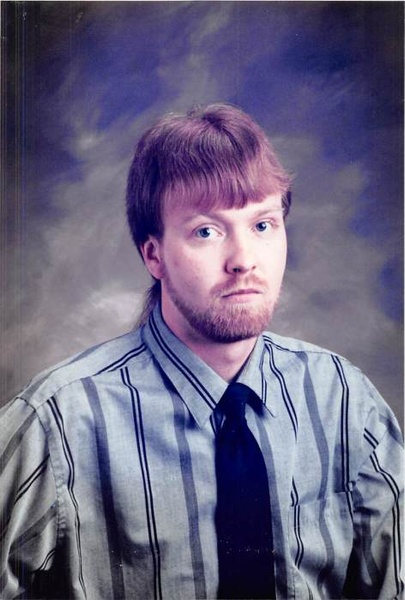 He was born on August 25, 1967, at Culbertson Memorial Hospital in Rushville, Illinois, the son of William K. “Willy” and Judy (Campbell) Park.  He first married Kandi Shults on February 14, 1987.  They had three children Brandon Park, Britny Park and fiancée Chris Daniel and Brianna Park all of Beardstown.

On November 22, 1997, he married Salina Carr and they are the parents of a son Bryce Park of Rushville.

Monte was a 1985 graduate of Rushville High School and received an Associates of Arts Degree in Paralegal from Robert Morris College in Carthage.  He worked for Jim Wheelhouse Construction, Harry Thomas Construction and was in charge of the fuel fleet at Triad Mining.

He was a member of the Rushville Moose Lodge # 506, the Beer Can Collectors Club, and attended the Rushville Church of the Nazarene.  He enjoyed bass fishing, collecting Andy Griffith memorabilia, and country music.  He was a drummer in many bands, the last being Gun Highway.  He grew a large garden and loved the competition of entering exhibits at the Schuyler County Fair.  His greatest loves were his family, his dog Jessie and most of all being Grandpa.

To order memorial trees or send flowers to the family in memory of Monte Park, please visit our flower store.