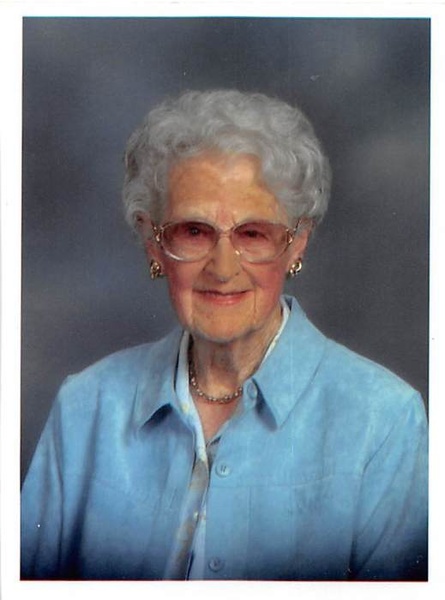 Nancy was the only child of the Reverend Harry Edwards and Rebecca Jane Davies Edwards.  She was baptized by her father at Grosvenor Park Baptist Church in Chester, England.

She graduated from Chester City High School for Girls, where she excelled in academics and sports, and the Liverpool Business College for Educated Women in Liverpool, England.

During World War II, Nancy lived in Lyme Regis, Dorset, England.  She was employed by the Bank of England working primarily with the US Army.  She also volunteered at the local fire station in the evenings.

In April 1942 she married Sgt. Leslie Davies with the Royal Air Force Bomber Command.  Sgt. Davies was a wireless operator and air gunner on the Lancaster British bomber.

In January  1943, on his 13th and last scheduled bombing mission over Essen, Germany before he was to become an instructor, Sgt. Davies’ plane was shot down over the North Sea  near the Dutch coast on its way back to base.  Neither the plane nor its crew (average age 21) was ever found. With the help of the British Air Ministry and the International Red Cross in Geneva, Switzerland, confirmation was received from the German High Command that German night fighter planes shot down 2 British bombers that night.  After 17 months and additional letters from the British Air Ministry, Nancy was legally declared a widow.

In March 1945, Nancy married Edwin G. Flesner, an American GI; himself a widower. They were married in the Lyme Regis Baptist Church in Lyme Regis where Edwin was stationed with the US Army’s Big Red 1 Infantry Division. Nancy’s father officiated at the ceremony.

For the next 12 months, Nancy and Edwin were able to see each other only twice.

In February 1946, along with hundreds of other British war brides, Nancy boarded the troop transport, the USS George Washington, and set sail for America.  It was a  bittersweet experience leaving behind her father and beloved Terrier, Ruffy. The almost 2 week journey on rough seas made for a very unforgettable trip.

Edwin and Nancy moved to Valparaiso, Indiana where Nancy worked for the Valparaiso University library.  While there, they became members of Trinity Lutheran Church in Valparaiso where Edwin’s brother, Dr. Dorris Flesner, was minister.

In early 1947, they moved to Edwin’s family farm near Golden.  It was there they began their family.

Nancy was also a member, and past president, of the Golden American Legion Auxiliary and held the office of Chaplain for many years.  She was also a former member of the Chatton Home Extension.

After taking Library Science classes at Quincy University, Nancy became the Librarian at the St. Mary’s Academy in Mt. Sterling.  In later years, she volunteered as a reader at the Camp Point Elementary School.

Nancy was an accomplished pianist and gave piano lessons to many area students over the years.

Nancy enjoyed crossword puzzles and was a voracious reader.  It’s been estimated she read well over 4000 books in her lifetime, including most of the literary classics.  She enjoyed poetry and was known to make up poems and limericks spur of the moment.

In her later years, Nancy took up painting where she showed a natural talent.

Nancy was preceded in death by her parents.  Her husband, Edwin, died in 1981.

Always a humble and gracious lady, with never a negative word spoken about anyone, Nancy set a very high standard on how to live one’s life.  She will be truly missed by all who loved her.

Memorial services will be 10:00 A.M. Saturday, September 24, 2016 in Trinity Lutheran Church in Golden with Reverend Brad Eidson officiating. Interment will follow in the Golden Memorial Gardens in Golden. Visitation will be from 5:00 P.M. until 7:00 P.M on Friday, September 23, 2016 in the Hunter Funeral Home in Golden. Memorial contributions have been suggested to Trinity Lutheran Church, Golden Good Shepherd Home or St. Jude’s Hospital. You are invited to share memories of Nancy and leave condolences at www.hunterfuneralhomes.com

To order memorial trees or send flowers to the family in memory of Nancy Flesner, please visit our flower store.