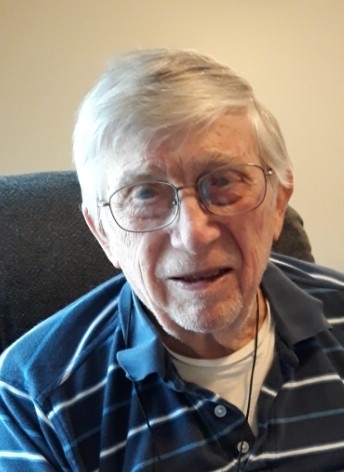 Norman C. Staff, 97, of Jacksonville formerly of West Point passed away on Thursday, March 19, 2020 at Passavant Area Hospital in Jacksonville.

Norman was born on December 7, 1922 in Basco, the son of Charles “Walter” and Ruby Lenore (Barnaby) Staff. He married Helen Kathleen Kallenbach on May 6, 1951 in Perry. Kathleen passed away on November 6, 2018.

Norman was preceded in death by; a son-in-law, Tom Sorrill, a daughter-in-law, Sandra Staff; one brother, Joe staff and one sister Shirley (Lawrence) Scheurman.

Due to the current health situation and under the direction of the CDC, local health authorities and the State of Illinois the family will not be present for the visitation. The Hunter Funeral Home in Mendon will be open from 10:00 A.M. until 6:00 P.M. on Wednesday, March 25, 2020 for those who wish to come and sign the book and pay their respects. A Private family service will be held with interment in the Webster Cemetery near West Point. Memorial contributions have been suggested to the United Methodist Church of Loraine or Cedar Hurst Assisted Living and Memory Care of Jacksonville. The family would appreciate your thoughts and prayers during this time and know that if you could you would be with them as they celebrate the life of Norman. You are encouraged to leave condolences and words of comfort at www.hunterfuneralhomes.com

To order memorial trees or send flowers to the family in memory of Norman Staff, please visit our flower store.