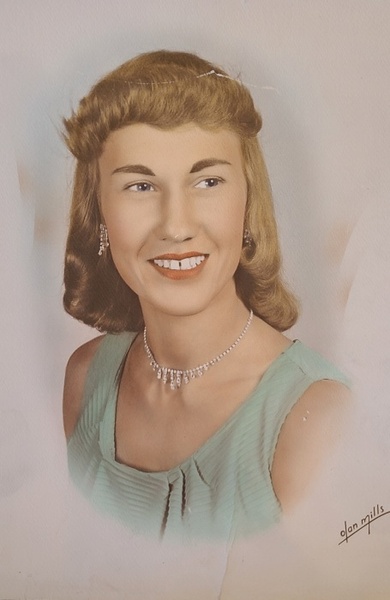 Nureta Hester (84), of Rushville, Illinois passed away on Friday, February 18, 2022 at Heritage Health Center in Jacksonville, Illinois. Nureta was born on March 28, 1937, in Rushville to Everett and Fairy Mae (Meyer) Hillyer. During her busy life, Nureta raised three daughters, all while working 6 days a week at the Jefferson Café, which she owned and operated. On Sundays she could be found out tinkering in her garden.

She was well known for her green thumb and beautiful flowers. A multiple recipient of the “Yard of the Month”, growing her flowers was her passion. After her retirement, she kept busy mowing lawns, then started cleaning houses to keep active. Nureta was still cleaning one place regularly up until this last Summer. Nureta loved animals of all kinds, especially her cats and her horses. A fiercely independent woman, she lived a good life and made hers a unique adventure.

There will be a private family service for Nureta with a burial to follow at Rushville City Cemetery.

Memorials in Nureta’s name are suggested to the Schuyler County Humane Society. Anyone wishing to share stories or memories of Nureta are invited to do so at triplettfuneralhomes.com

To order memorial trees or send flowers to the family in memory of Nureta Hester, please visit our flower store.