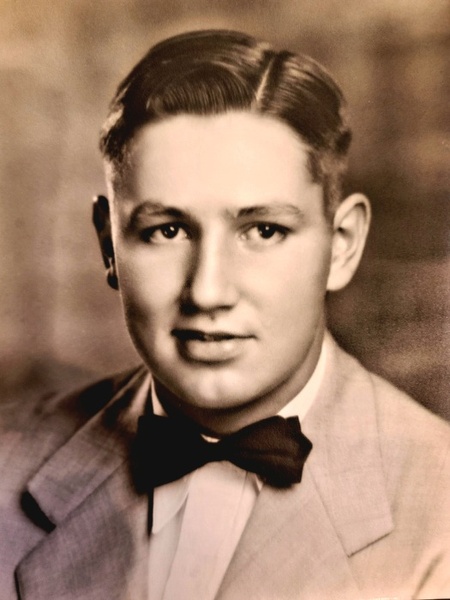 Orvall R. Unger, 88, of Rushville passed away at 10:50 am on Wednesday, March 23, 2022 at Culbertson Memorial Hospital in Rushville.
He was born on August 23, 1933 in Rushville, the son of the late Parker and Eva (Vincent) Unger. He attended and graduated from Rushville High School and later married Shirley McGinnis on May 10, 1953 at Sheldon’s Grove and she survives. Orvall went on to serve in the United States Army during the Korean War.
Orvall worked for many years with the Illinois Department of Transportation until his retirement. He liked attending auctions, yard sales and enjoyed tinkering with antique toys and gadgets. Orvall had a great sense of humor and always liked a well-timed prank or a good joke. He was a member of the First Christian Church of Rushville and was also a member of Ducks Unlimited.
In addition to his wife of 68 years; Shirley, Orvall is survived by two daughters; Debbie (Dave) Coufal of Browning and Cathy McCulley of Rushville, nine grandchildren; Cari, Josey and Molly Flowers, Samantha Elam, Katey Boehm, Coulten Klitz, Kristi and Casey Hamilton and David Coufal, eleven great grandchildren; Cassidy, Camryn, Cayden, Joaney, Khloe, Izzy, Josh, Fulton, Cali, Emmit and Bryant, seven great-great grandchildren; Juniper, Lennox, Elowyn, Sonny, Emilyn, Taralyn and Heyden, and by two sisters; Norma Heitz and Karen Bockwitz both of Rushville. Besides his parents, Orvall was preceded in death by a granddaughter; Terilyn Cowden and by a sister in infancy; Janet Darlene Unger.
Funeral services honoring Orvall’s life will be conducted at 2:00 pm on Monday, March 28, 2022 at the Triplett & Wood Funeral Home in Rushville.  Interment will follow at the Rushville City Cemetery where military rites will be accorded. Visitation will be held on Monday, from 12:00 noon until the time of services at the funeral home. Memorial contributions in memory of Orvall are suggested to the Schuyler County Humane Society. You are invited to share your memories of Orvall and leave a condolence at www.triplettfuneralhomes.com
To order memorial trees or send flowers to the family in memory of Orvall Unger, please visit our flower store.