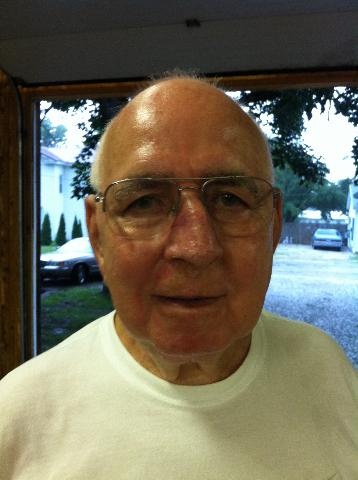 Windy was born on April 20, 1935 in Quincy to the late Jack Rosson and Mildred (Steiner) Ray. He married Donna Miller in June of 1955. He then married Barbara Quenon on February 6, 1976. Barbara survives of Mendon.

Windy had worked for Pabst Blue Ribbon Beer in East Peoria and later for Lonestar Brewery in Texas. In the 1980’s he returned to Mendon and opened Windy’s Bar and Grill and later owned the Golden Café in Golden. He was a member of the Eagles Lodge in Pekin and enjoyed playing cards, fishing and watching NASCAR. He was an avid St. Louis Cardinals fan and in his younger years raced stock cars.

A memorial visitation will be from 4:00 P.M. until 7:00 P.M. on Thursday, September 1, 2016 in the Hunter Funeral Home in Mendon. Private family services will be held at a later date in Evergreen Cemetery in Camp Point. In lieu of flowers memorial contributions have been suggested to the Unit 4 Foundation. You are invited to share memories of Windy and leave condolences at www.hunterfuneralhomes.com.

To order memorial trees or send flowers to the family in memory of Paul Rosson, please visit our flower store.