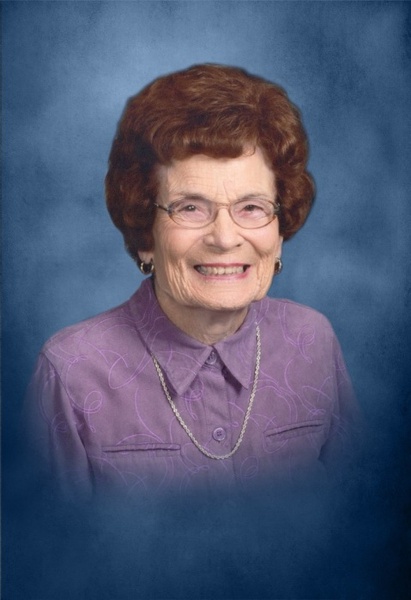 Phyllis B. Rutledge, 91, of Rushville, formerly of Ipava and Adair, passed away at 9:45 PM, Saturday, February 22, 2020, at the Rushville Nursing and Rehabilitation Center in Rushville.

She was born on January 22, 1929, in Macomb, Illinois, the daughter of Robert Phillip and Fern Elizabeth (Hammond) Marshall.  She married Marvin Burdette Rutledge on July 27, 1947, in Carthage.  He preceded her in death on October 9, 2012.

A 1946 graduate of Adair High School, she attended Western Illinois University.  After her marriage, she became a dedicated farm wife and homemaker, assisting her husband in many ways on the family farm.

She was a member of the Table Grove Community Church.  After she and Marvin moved to Rushville in 2002, she attended the First United Methodist Church.  She was also a member of the Vermont Chapter of PEO and later the Rushville Chapter AL.  She and her husband enjoyed camping and playing cards.  They were also members of the Adair Boat and Ski Club, and would spend almost every weekend on the river.  Phyllis enjoyed playing the piano and organ.  After she moved to Rushville, she still enjoyed taking trips to see the crops and touring the farm.  Her greatest love was for her grandchildren and great grandchildren.

To order memorial trees or send flowers to the family in memory of Phyllis Rutledge, please visit our flower store.