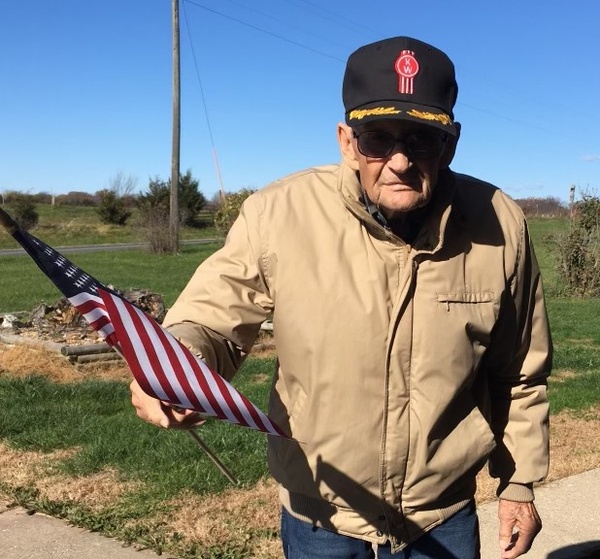 Ralph H. Phillips, age 92, of Augusta, Illinois, passed away Saturday, May 14, 2022, at his home in Augusta. He was born on February 9, 1930 in Huntsville in Schuyler County, the son of Herman and Emma Phillips. He married Ruth Phillips on January 26, 1952, in Fall Creek Township, Adams County, Illinois. Surviving is his daughter, Kathryn Walck and husband, Edward, of Spring Grove, Illinois, two grandchildren:  Angela Kruse and husband Ryan and Thomas Phillips, two great grandchildren: Silas and Aubrey Kruse, and several nieces and nephews. He was preceded in death by his wife Ruth Phillips, one daughter Deborah Fauver, one son Robert Eugene Phillips, one brother Warren Phillips, and one sister Doris Alexander. Ralph graduated from Augusta Community High School in 1948. He served in the Korean War as a pilot in the Army. Although he enjoyed flying, he also had a passion for farming and construction. He was known by many for his strong work ethic and his fun loving personality. He was a great man and will be missed by many.

Graveside services will be held at 10:00 AM, Wednesday, August 3, 2022, at the Huntsville Cemetery, near Huntsville, Illinois with  pastor Dixie Croxton officiating.

Full Military Graveside Honors for Ralph Phillips will be conducted.

Memorials are suggested to the Huntsville Cemetery.

Triplett & Wood Funeral Home of Rushville is in charge of arrangements.

To order memorial trees or send flowers to the family in memory of Ralph Phillips, please visit our flower store.