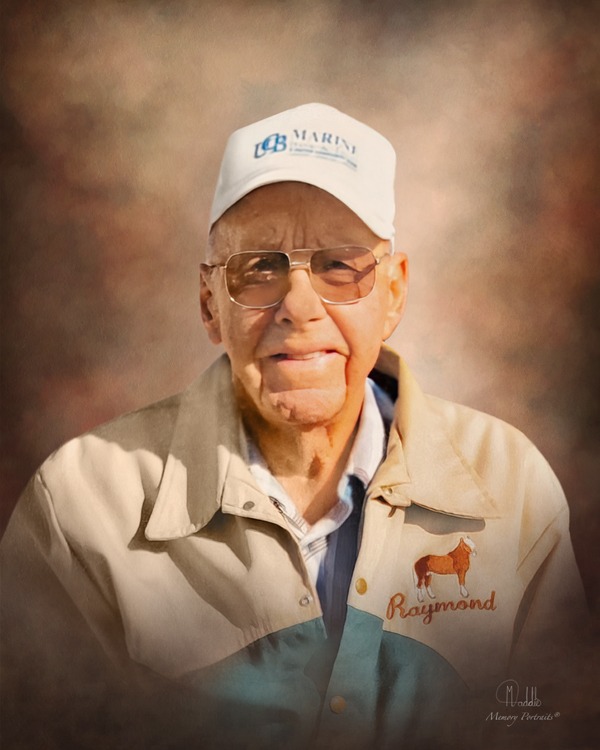 Raymond graduated from LaPrairie High School and was a member of Trinity Lutheran Church, Golden, Illinois.  Raymond loved his wife and family.  Everyone knew the story of how he met his wife.  They celebrated 70 years together prior to her passing in 2016.

Raymond lived on the same farm all his married life, where they raised their three children.  In his early years, Raymond hauled coal and ice, and worked for Pepsi in Galesburg.  He raised cattle, hogs, mules, and Halflinger horses.  He was well known as an auctioneer.  He attended Reisch Auctioneer School and auctioned at the Coatsburg sale barn before starting his own auction company, Paben and Aden Auctioneer service, partnering with Ernest Aden.  He retired form auctioneering after 43 years. Raymond also had his own trucking business and sold real estate at Century 21 for Leo Zanger.

Raymond was active in the community where he volunteered his time to auctioneer at the Golden Lions Club Auction and was the MC at many tractor-pulls over the years.  He was always able to keep the crowds entertained.  He served on the Camp Point Unit 3 School Board, as well as the Camp Point Christian Church board for several years.

In addition to his wife, Darlene, Raymond is preceded in death by four grandchildren and one great grandchild, his parents (Henry and Kate Paben), his father and mother-in-law (Harry and Josephine Griggs), four sisters and their spouses: Lena (John) Beherns, Katie (Ernest) Flesner, Matilda (Onno) Tobias, and Ethel (Virgil) Randell; two brothers and their spouses:  Harm (Pat) Paben and Elmer (Jackie) Paben.

Visitation will be held Sunday, November 6, 2022, between 4:00 and 8:00 PM at Triplett Funeral Homes of Golden.  Funeral Services will be held on Monday, November 7, 2022, at 11:00 AM at Trinity Lutheran Church in Golden.  Burial will follow immediately at Golden Memorial Gardens.

Memorials have been established for Trinity Lutheran Church, Golden Good Shepherd Home, or the donor’s choice.

Condolences and stories can be shared at www.triplettfuneralhomes.com

Triplett Funeral Homes of Golden is in charge of arrangements.

To order memorial trees or send flowers to the family in memory of Raymond A. Paben, please visit our flower store.