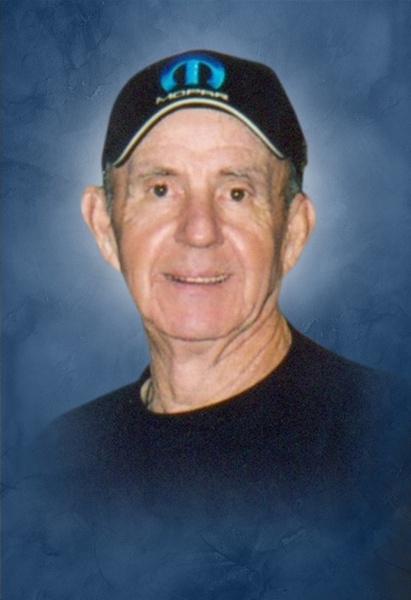 He was born on January 13, 1938, in Rushville, the son of William H. and Lucille (Pryor) McClelland and he was raised in the home of his grandparents C.W. “Ned” and Ruby Thurman.  He married Kay Powell on January 27, 1962, at the First United Methodist Church in Rushville and she survives.

A 1956 graduate of Rushville High School, he served in the United States Marine Corps, during the Korean Conflict, from June 6, 1956 to April 19, 1958.   He later earned a Bachelor of Arts in Education Degree from Western Illinois University and a Master’s Degree in Business Administration from Northern Illinois University.

Dick taught at Union High School in Oquawka, Illinois, for 4 years.  He then worked from 1965 to 1978 for Northern Illinois Gas Company first as a Safety Engineer and later as the Director of Safety.  In 1978, he began as a Director of Loss Control with Associated Electric Company in Moberly, Missouri, retiring in 1997, from the Springfield, Missouri office.

He was a member of the Campbell Methodist Church, in Springfield, Missouri, Rushville Masonic Lodge A.F. & A.M. #9 in Rushville and the Springfield, Missouri, Shrine Club.  He served as Chairman of the Editorial Board of American Society of Safety Engineers, a member of the National Safety Council, the Missouri Governors Health and Safety Committee and as a board director of the Missouri Safety Council.  He was also a volunteer firefighter in both West Chicago, Illinois, and Moberly, Missouri.  He taught fire school for Texas A&M University.  He enjoyed both NASCAR and Indy racing and worked in the pit of Bobby Unser for many years during the Indy 500.  In his spare time he enjoyed hunting, deep sea fishing, running and after retirement took up the game of golf.  His biggest highlight was attending his grandchildren’s sporting events, after his love for the Chicago Bears.

Services will be at 10:00 AM, Saturday, March 9, 2019, at the Wood Funeral Home in Rushville, with David Haney officiating.  Interment will follow in the Rushville City Cemetery, with military rites by the US Marines Burial Detail and the Schuyler American Legion Post #4.  Visitation will be from 5:00 PM to 7:00 PM, Friday, March 8, 2019, at the Wood Funeral Home in Rushville.  A Memorial Service will be held at the Campbell United Methodist Church, in Springfield, Missouri, at a later date.  Memorial contributions are suggested to St. Jude Children’s Research Hospital.

To order memorial trees or send flowers to the family in memory of Richard A. McClelland, please visit our flower store.