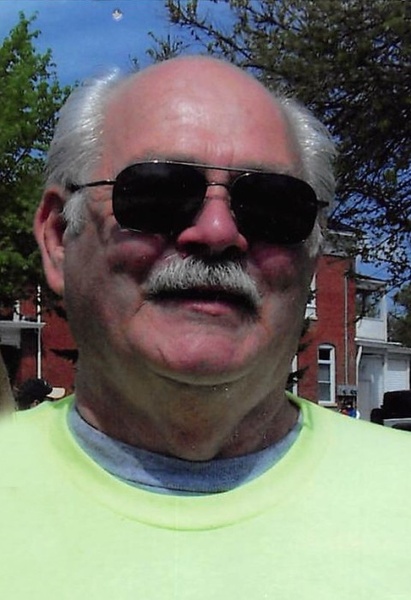 Dick was born on July 5, 1938, in Galesburg, a son of the late Meredith and Lucille (Collins) Ashbaugh.  He married Wilma Lee Cantrell on July 6, 1964, in Montgomery, Alabama.  She survives of Quincy.

Dick served his country in the United States Army. He was a 1956 graduate of Knoxville High School, where he excelled in the baseball program.  He played minor league baseball following his graduation before beginning his career as a lifelong pipefitter.

Dick was employed by the Local #25 Plumbers and Pipefitters for over 36 years and was a lifetime member. He enjoyed landscaping and spent many hours on home improvements projects. He loved fishing and watching his favorite St. Louis Cardinals.

The family extends their special thanks to the caregivers at the Haven at Sunset Home for the compassion they showed.

Services will be 11:00 A.M. on Saturday, December 24, 2016 in the Hunter Funeral Home in Mendon with Pastor David Schuring officiating. Interment will be in Mendon Cemetery in Mendon. Visitation will be from 10:00 A.M. until the time of services in the Funeral Home on Saturday. Memorial contributions have been suggested to the Adams County Humane Society or the Haven at Sunset Home. You are invited to share memories of Dick and leave condolences at www.hunterfuneralhomes.com.

To order memorial trees or send flowers to the family in memory of Richard "Dick" Ashbaugh, please visit our flower store.