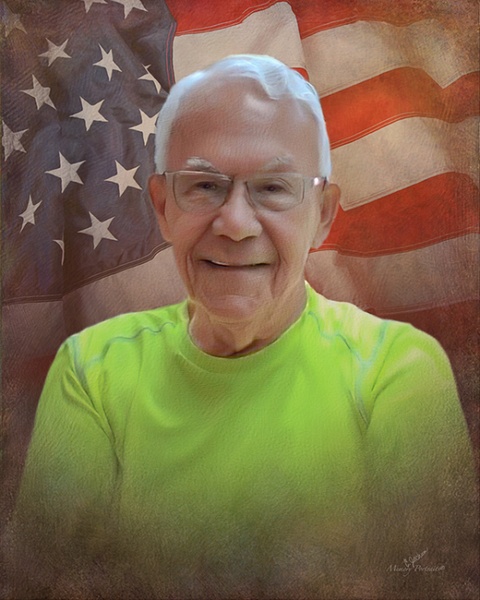 Dick served in the United States Navy during the Korean War. He attended Western Illinois University in Macomb where he had attained his bachelor’s degree in education. Dick served 30 plus years as principal within the Beardstown School District.  During his tenure at Brick School, he had the pleasure of having his two sons and two grandsons as students.  Dick also coached several youth sports, including Little League, junior high basketball and high school golf.  He loved attending all of his grandsons sporting events with Michele’s Dad, Frank Sumner. They were lovingly referred to by all as “ The Grandpas”! They were two very proud Grandpas.  Dick had a generous and caring spirit and would gladly provide a child in need with a ball glove, athletic shoes, or a winter coat. After his retirement, he would occasionally fill the roll of substitute teacher.  In addition to his long career as an educator, Dick also served for nineteen years in the Home Medical Equipment industry at Medicare Equipment and Supply.  Later in life Dick enjoyed trying his luck at the casino or with a scratch off ticket.

He was a long-term member of the Elks Club #1007 of Beardstown and a member of the Rushville Moose Lodge #506. Dick was an avid outdoorsman and enjoyed golf as well as many other sporting activities. He was also a passionate and skilled craftsman and enjoyed working with wood. He made many nice pieces of furniture for his family and for members of the community. He was the ultimate “people person” and always had a warm smile on his face that will be missed by all who knew and loved him.

Dick is survived by his son; Joel (Michele) Wherley of Chatham, three sisters; Betty Sinnock of Havana, Carol (Rich) Moss of Marquette Heights and Janet (Laverne) Maxwell of Rushville, two grandchildren; Clint Wherley of Jacksonville and Chad (Amy) Wherley of Washington, D.C., a special companion; Nancy Dean of Rushville, and by many nieces, nephews and good friends. In addition to his wife and parents, Dick was preceded in death by a son; Mark Wherley, a brother; Billy Wherley and by a sister; Beverly Rayome.

Funeral services honoring Dick’s life will be conducted at 11:00 am on Friday, May 13, 2022, at the Triplett & Wood Funeral Home in Rushville. Brother Matt Haberman will officiate. Cremation rites will be accorded following the service. Visitation will be held from 4:00 until 6:30 pm on Thursday, May 12, 2022, at the funeral home. Memorial contributions in Dick’s memory are suggested to the Tiger Athletic Club or to the Andrew Stock Memorial Scholarship Fund. You are invited to share your memories of Dick and leave a condolence at www.triplettfuneralhomes.com

To order memorial trees or send flowers to the family in memory of Richard "Dick" Wherley, please visit our flower store.