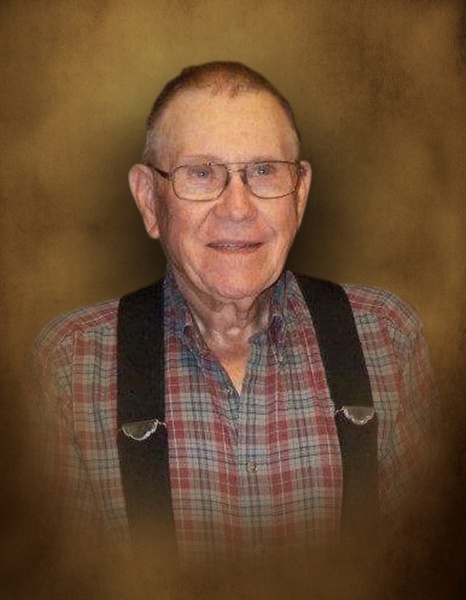 Robert J. “Bob” Edwards, 87, of Rushville, formerly of Beardstown, passed away at 1:17 AM, Thursday, May 11, 2017, at Culbertson Memorial Hospital in Rushville.

Bob first worked as a logger with his father and also farmed.  He also worked for Casswood Industries.  In 1962, he began Edwards Shop in Beardstown until his son Steve took over the business and Bob retired in 1992.

He was a member of the Trinity Lutheran Church in Arenzville, before transferring his membership to St. John’s Lutheran Church in Rushville in 2014.  He enjoyed fishing, cutting firewood, tinkering and his tractors.  His faith was very important to him and he read the Bible every day.  He was a patient man who had a great sense of humor.  He never spoke a bad word against anyone, always finding the good in someone.

A visitation celebrating Bob’s life will be from 2:00 PM to 5:00PM Saturday, May 13, 2017, at the Wood Funeral Home in Rushville.  Private graveside services will be held at the Immanuel Lutheran Cemetery, near Meredosia with Pastor Douglas Evenson officiating.  Memorials are suggested to St. John’s Lutheran Church in Rushville.

To order memorial trees or send flowers to the family in memory of Robert J. "Bob" Edwards, please visit our flower store.