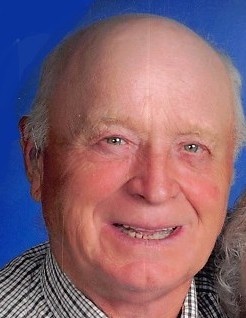 He was preceded in death by his parents and a niece, Trina Logan.

He was a member of St. Edward The Confessor Catholic Church.  Ronald was a 1956 graduate of Unity High School.    He went on to serve his country in the United States Army.  Professionally, he worked as an engineer for Burlington Northern Railroad, retiring after 35 years of service. After the passing of his father, he took over farming the family farm.  Ronald enjoyed hunting, fishing and being outdoors.  He was an avid St. Louis Cardinal fan.

Funeral Services will be held on Monday, August 2, 2021, at 9:30 a.m. at the Hunter funeral Home and 10:00 a.m. at St. Edward’s The Confessor Catholic Church in Mendon, Illinois, with Fr. Jeff Stone officiating. Interment will follow at Calvary Cemetery in Quincy, Illinois.  Visitation will be held on Sunday evening from 3:00 p.m. until 5:00 p.m. with a rosary held at 5:00 p.m. at the Hunter Funeral Home in Mendon.  Memorials may be made to St. Edward’s The Confessor Catholic Church.

To order memorial trees or send flowers to the family in memory of Ronald Richmiller, please visit our flower store.