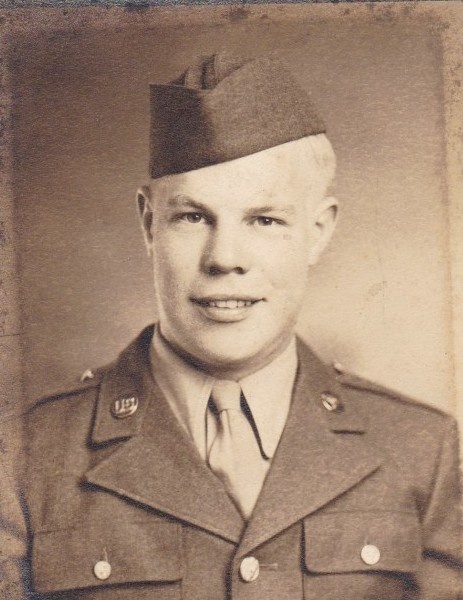 Russell was one of five brothers to serve in the US Military. He began his career in 1942 at Camp Joseph Robinson in Alaska, where he had the honor of seeing President Roosavelt. After basic training, he attended Montana State College for their Cadet Training Program. He was then sent to Armament School at Lowry Air Force Base in Denver, Colorado, followed by Gunnery School in Las Vegas, Nevada. After being assigned to a crew in Alexandria, Louisiana, they were sent to England. Russell flew 31 missions, sometimes as waist gunner and other times as Toggeleer with the 401st Bomb Group. After WWII ended Russell returned to the states and was later sent to Misawa Air Force Base in Japan.  When the Korean Conflict started, Russell was sent to Taegu Air Force Base in South Korea, where he supervised munitions loading crews and gun cleaning crews. He served in the Air Force for 23 years, retiring in 1965 at Bunker Hill Air Force base in Indiana.

Russell and Leona moved to Golden and he worked for Literals in Quincy for many years before opening his own business, Reckers Electric in Golden. He was a member of Elm Grove Methodist Church and Golden American Legion.l

He was preceded in death by; four brothers, Roy, Elmer, Kenneth, Earl and a sister, Wilma Baker.

Services will be 11:00 A.M. on Saturday, May 6, 2017 at the Hunter Funeral Home in Golden. Interment will be in Golden Memorial Gardens in Golden. Visitation will be from 10:00 A.M. until the time of services on Saturday, May 6, 2017 in the Hunter Funeral Home in Golden. Memorial contributions have been suggested to the Illinois Veterans Home. You are invited to share memories of Russell or leave condolences at www.hunterfuneralhomes.net.

To order memorial trees or send flowers to the family in memory of Russell Reckers, please visit our flower store.