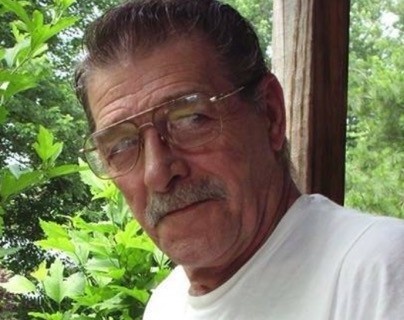 Sam was preceded in death by one sister, Judy Smith.

Sam served his country in the United States Army for 13 years during the Vietnam War. He was of the Catholic faith. He was an Avid Pinochle player and enjoyed watching  N.A.S.C.A.R. He also enjoyed building model cars and love to tinker and fix things. He was a wonderful husband, father, grandfather, great- grandfather and was just an overall great guy.

“Well dad I guess you’ve arrived at the pearly gates and found it guarded by 2 U.S. Marines.  I know you’ll be ok though, cause we didn’t send you with your Army hat or jacket so they should let you right in without any sort of harassment.  I can almost hear your reaction though....Karen!!! I can’t get rid of these dang jarheads!!!  And if they DO give you any slack, just tell’em the joke about Marines and what they call helicopters, they’ll be immediately enamored with your audacity and usher you right on through, I  guarantee it.”

“We’d all like to thank you for the knowledge and memories you’ve left behind.    None of us will ever forget the Capital of Alaska (it’s Juneau don’t Juneau...).  We’ll always remember the titles and authors of all of your favorite books;
“Under the bleachers” by Seymour Butts
“Tigers in the grass” by Claude Bawlz
“Trails in the sand” by Peter Dragon
“The Yellow River” by I.P. Daily
“The Numbers Game” by Cal Q. Later
“The Complete Proctologist's Handbook” by Ben Dover
And who could ever forget
“Rush to the Outhouse” by Willie Makit illustrated by Betty Wont and published by Andy Dint

“And rest assured that everyone here is forever certain on the proper way to catch a red elephant.”

“I’ve gotta tell ya though we’ll all have to continue to work at being able to tell a two minute joke in ten minutes, but don’t be surprised if none of us are ever able to pull it off the way you could.   I’m certain that everyone hearing or reading this has experienced the uncertainty that goes through their head at the beginning of one of your stories and the 8 minutes of confusion wondering “Is this something that really happened, or is the grand lead up to a punchline that I’ll never forget!”

Karen, Angela,and I, will make sure to pass down the proper way to follow up on an Ace bid from your pinochle partner, how to watch for a lead back, and give a proper Meld bid.

Your grand kids will spend the rest of there lives asking for their sandwiches to be prepared with raw toast instead of just saying bread, and they’ll always know the proper etiquette to make or answer a phone call with a banana.

No one here will ever be able to think about you and not immediately have a smile come across their face and suddenly have an immediate desire to share  a funny anecdote.”

Cremation has been chosen and a private family service will be held at a later date. Memorial suggestions have be made to the Blessing Foundation for Hospice or the Illinois Veteran Home Activity Fund.

To order memorial trees or send flowers to the family in memory of Sam Castle, please visit our flower store.