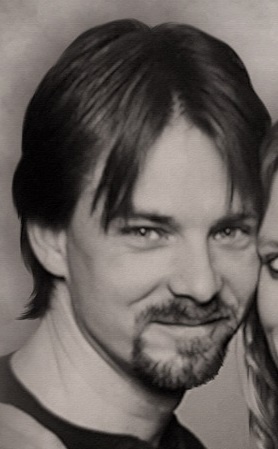 Scott Douglas Shults, age 48, of Industry, Illinois, passed away Sunday, February 13, 2022, at 8:25 AM at his home in Industry.  He was born on April 17, 1973 in Peoria, Illinois, the son of Sharon Edwards Davis and James Shults.  He married Michelle Hibbs on December 14, 2010 in Rushville, Illinois.  Michelle survives in Industry.

Scott graduated from Rushville High School in 1991 and attended Vatterott College, studying HVAC.  He had worked at E & L Siding and Remodeling.  Scott was an excellent guitarist, playing for local bands, Rukus and Eight Up.  He also excelled in martial arts with a black belt in Tea Kwan Do, and had attended Shudo Kan Karate Club in Beardstown, working on his black belt in Karate.  The time spent with family and friends were his most cherished moments.

Visitation will be held Friday, February 18 after 4:00 PM with family meeting friends between 5:00 and 7:00 PM at Triplett – Wood Funeral Home of Rushville.  Cremation rites will be accorded following the visitation.  No service or inurnment will be held.

Memorials in memory of Scott Douglas Shults can be direct to Michelle Shults for the benefit of Ethan Shults.

Friends and family wishing to share stories and condolences are invited to do so at triplettfuneralhomes.com.

The arrangements and care are under the direction of Triplett – Wood Funeral Home of Rushville.

To order memorial trees or send flowers to the family in memory of Scott Shults, please visit our flower store.