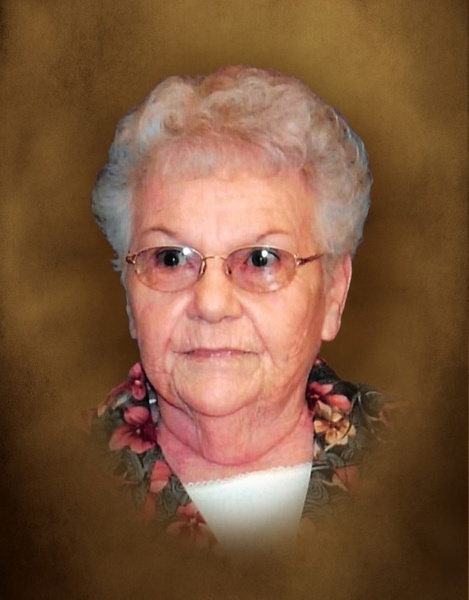 Shirley Ann Mathewson Mohlenbruck, 85, of Frederick, passed away at 1:23 AM, Saturday, February 4, 2017, at Culbertson Memorial Hospital in Rushville.

Shirley was a 1949 graduate of Mt. Sterling High School.  She and her husband Lee owned and operated L & S Grocery Store in Ripley from 1964 to 1980.  She later worked as a secretary for The Tank Clinic,  Dr. Shaw and the Brown County Sheriff’s Office, retiring in 1990.  She served as the Ripley Village Clerk, Township Clerk, Township Trustee and Ripley Village President.  She was a member of the Sugar Grove United Methodist Church and had attended the Ripley Church of God.  She enjoyed flower arranging, crafts and gardening.

Services will be at 10:00 AM, Wednesday, February 8, 2017, at the Sugar Grove United Methodist Church, south of Rushville, with Richard Young and Pastor Charla Meyers officiating.  Interment will follow in the Ripley Cemetery.  Visitation will be from 4:00 PM to 7:00 PM, Tuesday, February 7, 2017, at the Wood Funeral Home in Rushville.  Memorials are suggested to Sugar Grove United Methodist Church, the Ripley Cemetery or the Ripley Church of God.  You are invited to share your memories of Shirley, leave condolences and view her memorial video at www.woodfuneralhome.online.

To order memorial trees or send flowers to the family in memory of Shirley Ann Mathewson Mohlenbruck, please visit our flower store.