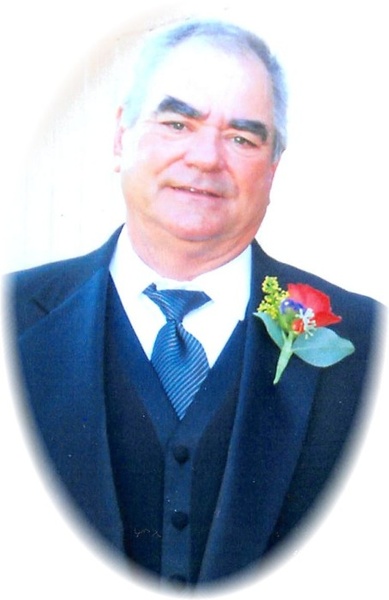 Steve was born on August 2, 1947 in Quincy. The son of Kenneth and Ruth (Elder) Duke. He married Wanda Rowbotham on April 27th 1968 in Mendon. Wanda survives of Ursa.

Steve served his country in the United States Army in Vietnam from 1968 until 1969 as part of the 126th National Guard Unit. He was very proud of the fact he was able to go on the Honor Flight with his Unit. He was a farmer and had worked for JC McClean Angus Ranch, traveling around the country showing cows. He also worked for Moorman Manufacturing. Steve was a member Mendon Masonic Lodge #449, past patron of Mendon Eastern Star, former trustee of Lima Township and former member of the North Adams Home Board. He was a bus driver for the Unit 4 school district for over 20 years. Steve enjoyed showing livestock with his children and grandchildren, traveling, especially out west, going to casinos, going to concerts, he loved cooking for his family during the holidays and attending his children’s and grandchildren’s sporting events.  He loved his pets and loved his school bus kids.

He was preceded in death by his parents, father-in-law, mother-in-law, sister, Shaaron Duke Girty, and a special uncle Willis Duke.

To order memorial trees or send flowers to the family in memory of Steven "Steve" Duke, please visit our flower store.