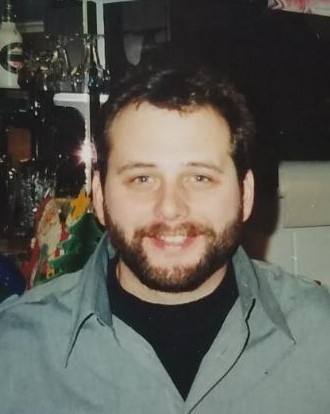 Todd Kroner, 51, of Mendon passed away on Friday, May 10, 2019 in the Blessing Hospital Emergency Room.

Todd was born on December 2, 1967 in Quincy to Michael Kroner and Sandra Dieringer-Crane. He married Lisa M. Shaffer on May 14, 1994 in the Quincy University Chapel in Quincy.

Todd was a member of St. Edward the Confessor Catholic Church in Mendon. He was a police officer for  South County in St. Louis for two years and a correctional officer at the Clayton Work Camp in Clayton. He was a Conductor for Southern Pacific Railroad and later an Engineer with BNSF Railroad for 20 years. Once he retired from the railroad, Todd worked as a courier for FedEx Express. He loved camping, fishing and planning vacations, especially his canoe trips to Alley Springs in Eminence, Mo. He was an avid, St. Louis Cardinals fan and enjoyed grilling and mushroom hunting. He loved being a train engineer and took pride in taking care of his family. He loved his personally named cats, “Old Man”, “Fatty” and "P" and his chubby beagle “Roxie”.

A Mass of Christian Burial will be 10:00 A.M. on Thursday, May 16, 2019 in St. Edward the Confessor Catholic Church in Mendon with Father Jeff  Holtman and Father Jeff Stone officiating. Interment will be in New Providence Cemetery near Ursa. Visitaion will be from 5:00 P.M. until 7:00 P.M. on Wednesday, May 15, 2019 in the Hunter Funeral Home in Mendon. In Lieu of flowers memorial contributions have been suggested to the Children’s College Fund. You are invited to share memories of Todd and leave condolences at www.hunterfuneralhomes.com.

To order memorial trees or send flowers to the family in memory of Todd Kroner, please visit our flower store.