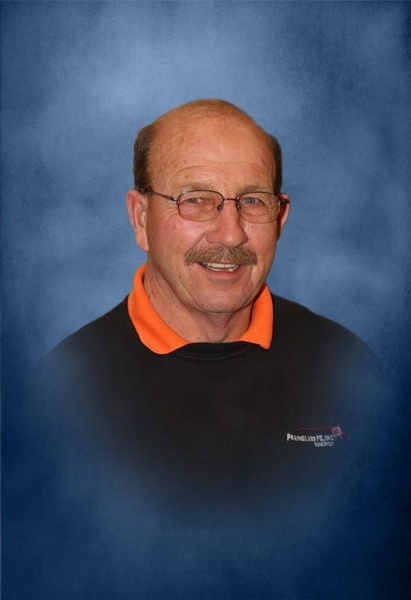 He was born on October 11, 1952, in Springfield, Illinois, the son of H. Nelson and Evelyn (Kiser) Eifert.  He married Dianna Etter on December 15, 1973, at the First United Methodist Church in Rushville, and she survives.

Tom was a 1970 graduate of Rushville High School and 1972 graduate of Spoon River College.  He began his career with FS as a spray applicator and truck driver. In 1985, he was promoted to Fuel Salesman, for which he won many awards.  He was devoted to his customers and would always go the extra mile to provide excellent service.  He retired in January 2016, from Prairieland FS.

He was a member of the First United Methodist Church in Rushville.  He enjoyed carpentry work and woodworking, his horses and for many years went on trail rides.  He loved his dogs and barn cats and Hallmark movies.  He was very proud of his John Deere equipment and spent many hours taking care of his farm from mowing, to building barns and fence.  He was a big supporter of the Rushville FFA and for many years, allowed them to use his field to grow sweetcorn to sell.  He seldom spent time at home without his IPad or a remote in his hand.  His greatest accomplishment was his family.  He loved to play gotcha last with his kids and put his grandkids in bear trap holds.

To plant a beautiful memorial tree in memory of Tom Eifert, please visit our Tree Store.

To order memorial trees or send flowers to the family in memory of Tom Eifert, please visit our flower store.