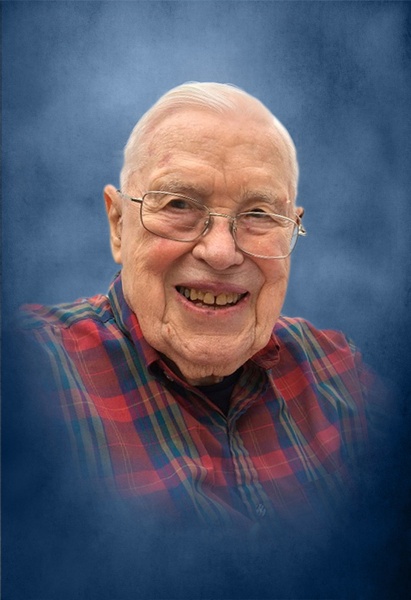 Vernon was born on 22 October 1919 in Camden, IL, the son of Glenn Augustus and Esther Regina (Rang) Green. He married M. Pauline McClelland in Palmyra, Missouri in 1940 and she preceded him in death in 1975. He later married Barbara Rampley in West Point, Illinois, in 1975, and she survives.

A graduate of Rushville High School Class of 1938, Colonel Greene retired from the U.S. Air Force in 1974 after proudly serving for 32 years.  He was a veteran of World War II, Korea, and Vietnam. Recalling his years in the service was a cherished pastime and an endless source of interest for his descendants. After his retirement, he continued to apply his love of learning to new pursuits, including many volunteer roles within his church community at Cornerstone Christian Church in Shiloh. He will be remembered as a gregarious, mirthful, curious, demanding, and generous man.

Graveside services will be at 1:30 PM, Monday, March 22, 2021, at the Rushville City Cemetery, in Rushville with Pastor Rich Bersett officiating. Interment will follow with military honors by the Scott Air Force Base Honors Detail and the Schuyler American Legion Post # 4. Mask strongly encouraged. Memorials are suggested to the Cornerstone Christian Church or the Schuyler American Legion Post #4.

To order memorial trees or send flowers to the family in memory of Vernon Greene, please visit our flower store.