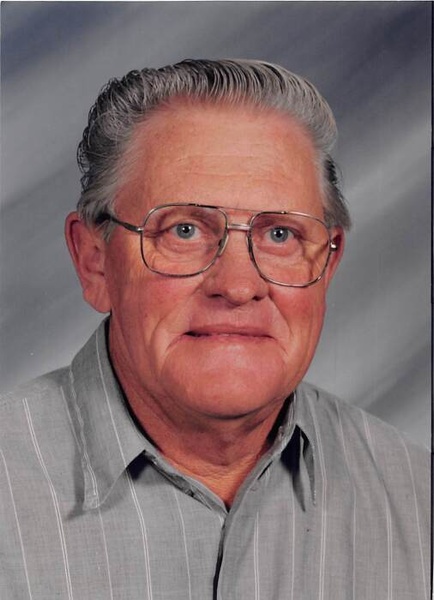 He was born on January 11, 1937, on the family farm in Camp Point, the son of Tobe and Grace (Leenerts) Haschemeyer.  He married Donna McGartland on February 17, 1968, at the First Methodist Church in Camp Point and she survives.

He was a life-long farmer and worked as custodian for Central School District #3, for 20 years retiring in 2001.

He was a member of Trinity Lutheran Church in Golden.  He enjoyed fishing, bowling, trap shooting and mowing his yard.  He also enjoyed going to the casinos.  His greatest joy was attending Brady’s activities, especially when he showed cattle.

Graveside Services will be at 1:00 PM Friday, October 30, 2020, at Golden Memorial Gardens in Golden, with Reverend Ronald Graham officiating.  Interment will follow, with military rites by the Golden American Legion # 801.  Visitation will be from 5:00 PM to 7:00 PM Thursday, October 29, 2020, at the Hunter Funeral Home in Golden.  Memorials are suggested to Trinity Lutheran Church in Golden or the Blessing Foundation for Hospice.

To order memorial trees or send flowers to the family in memory of Virgil Haschemeyer, please visit our flower store.