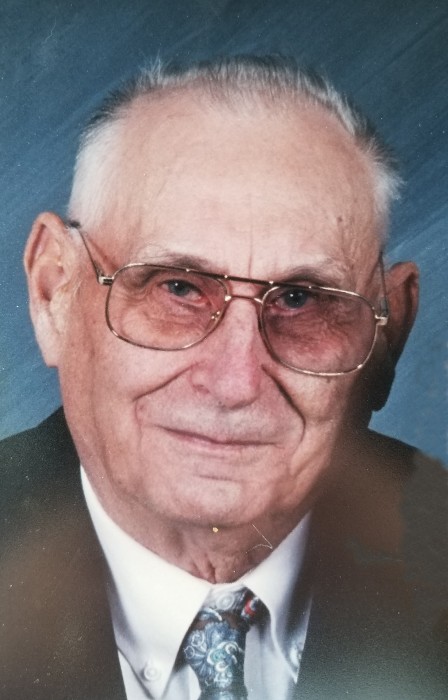 Wilbur F. Holtman, 89, of Golden passed away on Thursday, December 14, 2017 in the Golden Good Shepherd Home in Golden.

Wilbur was the owner of the Golden Lumber Yard, a member of Trinity Lutheran Church and the Golden Lions Club.

He was preceded in death by one sister, Arlene Reuschel.

Services will be 2:00 P.M on Saturday, December 16, 2017 in the Hunter Funeral Home in Golden with Reverend Brad Eidson officiaiting. Interment will be in Golden Memorial Gardens in Golden. Visitation will be from   1:00 P.M.  until the time of services on  Saturday  in the Hunter Funeral Home in Golden. Memorial contributions have been suggested to the Trinity Lutheran Church or the Golden Good Shepherd Home. You are invited to share memories of Wilbur and leave condolences at www.hunterfuneralhomes.com.

To order memorial trees or send flowers to the family in memory of Wilbur Holtman, please visit our flower store.