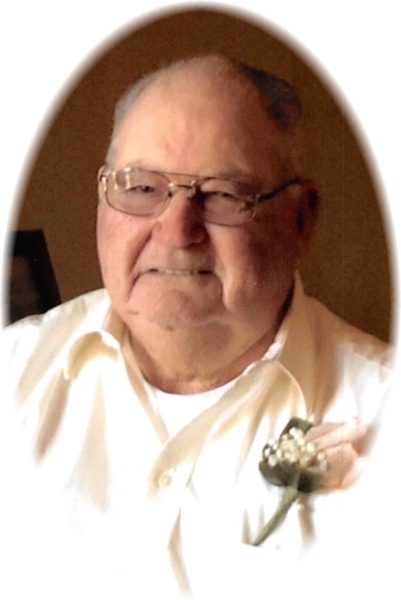 Bill was born on October 13, 1936 in Quincy. The son of the late August “Gus” and Della Mae (Tenvorde) Kretzer. He married Sandra A. Dedert on May 5, 1956 at St. Paul United Church of Christ in Fowler.

Bill was a 1954 graduate of Unity High School in Mendon. He owned and operated BF Tenvorde Lumberyard, was a farmer, Unit 4 Bus Driver, Cen-Pe-Co Oil Salesman and a seed salesman. He was a member of St. Paul United Church of Christ, Mendon Lions Club, Honey Creek Township Board, 3 Adam 20 Ambulance Board, Adams County Fair Board, Fowler Fire Department and the Home Cemetery Board.

He was preceded in death by; one grandson, Logan Graham, one brother, John Kretzer, two brothers-in-law, Ronald Likes and Dean VanBlair.

Services will be 10:30 A.M on Saturday, January 4, 2020 in St. Paul United Church of Christ in Fowler with Reverend Dixie Croxton officiating. Interment will be in Home Cemetery in Fowler. Visitation will be from 3:00 P.M. until 7:00 P.M. on Friday, January 3, 2020 in the Hunter Funeral Home in Mendon. Memorial contributions have been suggested to St. Paul United Church of Christ or Home Cemetery. You are invited to share memories of Bill and leave condolences at www.hunterfuneralhomes.com

To order memorial trees or send flowers to the family in memory of William Kretzer, please visit our flower store.